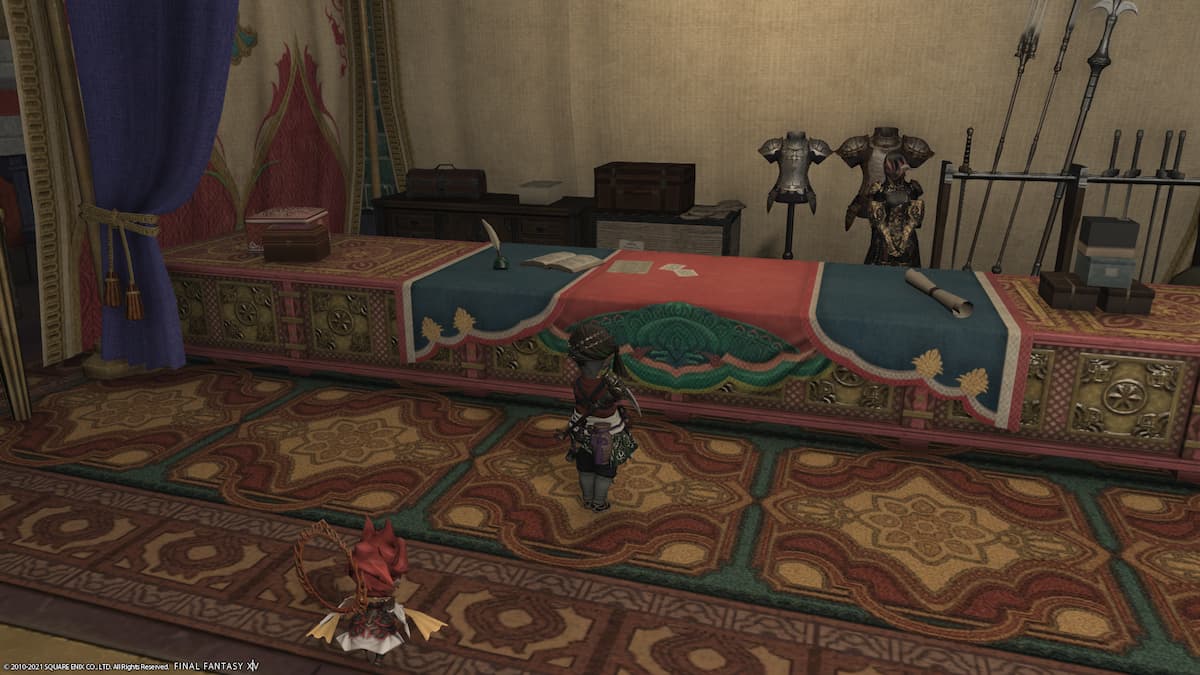 Once you’ve defeated Zenos, watched the end credits roll, and turned in your final quest, you are officially done with the story content of Endwalker. However, you aren’t quite done gaining power. The post-game to FFXIV involves the collection of Tomestones, and spending them to get massive power spikes from new gear. Here’s where you need to go to turn in your Allagan Tomestones of Aphorism in Final Fantasy XIV.

First, you must collect the currency of the expansion, Tomestones of Aphorism. You receive these from completing duties at max-level — Duty Roulettes such as the Main Story Roulette as well as the Expert Roulette. You also obtain them from end-game dungeons and trials, such as Smileton, the Stigma Dreamscape, or the Hydaelyn and Zodiark Extreme Trials.

Next, you will need to head to Radz-at-han, and head to the market northwest of the Aetheryte to find Cihanti, the Tomestone Exchange NPC (X10, Y10.) She will exchange your Tomestones for item-level 570 gear, and will also be the source of Tomestone of Astronomy, which is the higher tier version available from the same sources.

Tomestone of Aphorism gear is the best gear you can obtain in Patch 6.0 and will be the first step towards preparing for Savage Raid Gear in Patch 6.1.