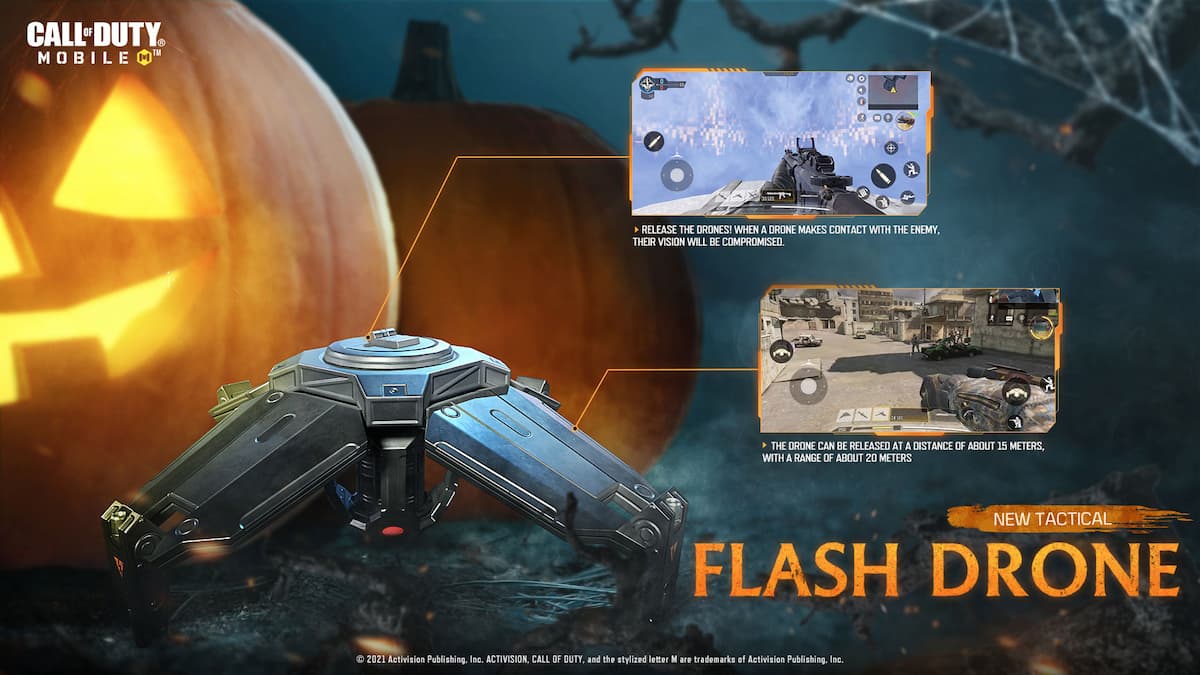 Call of Duty: Mobile Season 9 update has added many new features to the game, including Halloween Standoff, Hovec Sawmill maps, Undead Siege, and 10v10 Pumpkin Confirmed modes, a bunch of optimizations, and bug fixes. A brand new tactical equipment called Flash Drone has also been introduced and is available to unlock for free in Season 9.

You can equip Flash Drone tactical equipment in your loadout by completing a few easy missions in the latest In Plain Sight event. It is a seven-part seasonal challenge in which you will have to complete tasks including tactical requirements to claim Flash Drone along with many other rewards such as Artic .50 – Voltaic Garden, AK-47 – Shocking, Battle Pass XP, and more.

How to get Flash Drone

Plain Sight challenge will be available until the end of Call of Duty: Mobile Season 9, so make sure you collect your rewards before that. Here is the list of missions that you will have to complete, along with their corresponding rewards:

Flash Drone has a radius of 80 and a duration of 55 seconds. While using it, make sure you ask your teammates for cover as you will be vulnerable too.