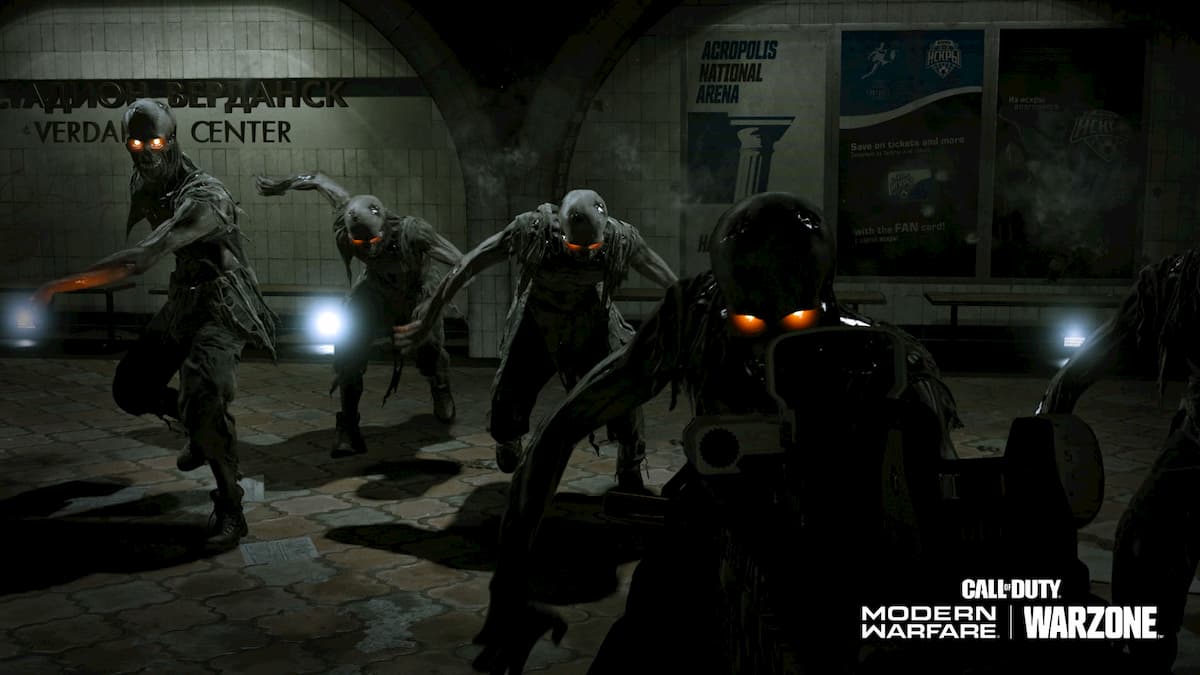 The limited-time Zombie Royale mode in Call of Duty: Warzone introduces zombies to the game. These undead creatures will only appear during the Haunting of Verdansk event, from October 20 to November 3, in the Zombie Royale mode. The game mode is essentially the same as the standard battle royale mode, except for the zombies that spawn in after players die.

When players die, they don’t go to the Gulag, and instead, they find themselves as a member of the undead horde. If you do, you’ll be running after the surviving players as a zombie, attempting to take them out using your undead speed, strength, and night vision to find them in the dark. You won’t win the game as a zombie, though. You can only do it as a player who is alive. So you need to take out a few of the surviving players and then become a player yourself, much like you would if you were to win in a one-versus-one battle at the Gulag. To revive yourself, you need antivirals. They look like purple syringes.

A syringe drops every time you take out a player. So you need to hunt down the various players still alive in the game to collect enough. Thankfully, you only need two syringes. Once you take out two players and collect the syringes, you jump back into the game and return to the land of the living as a human. Unfortunately, when you drop back into the match, you’re likely by yourself, unless you meet back up with your teammates. You need to watch out for the zombies, too, because there’s still an army of zombies looking to hunt you down all over Verdansk.

To win a game of Zombie Royale, a member of your team has to be alive and the last living person in the game. The rest of your team can be undead, but if your entire team is undead, you cannot win.