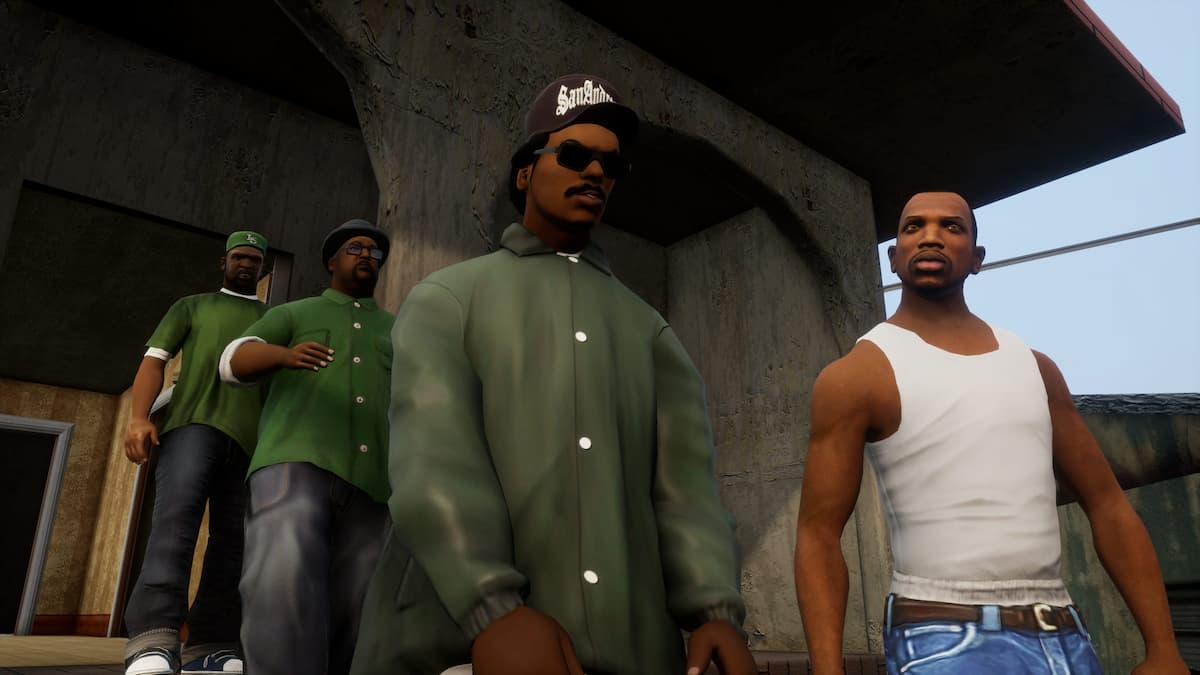 GTA San Andreas makes a major shift from GTA III and Vice City in terms of the complexity of its simulation. While Los Santos is larger than its predecessors’ Liberty City and Vice City, it’s the added RPG elements and customization that make it stick out. There are gameplay altering systems such as managing muscle and body fat in addition to less important cosmetic additions. Tattoos are one such element of the GTA San Andreas experience.

Tattoos can be obtained at any tattoo parlor scattered across the game world. They’re easy to miss as the game doesn’t take you to a spot during its tutorial whereas it does introduce you to haircuts and eating. These locations are indicated by a stylized “T” symbol. All you need to do is enter any parlor and purchase the ink you want.

CJ is able to get tattoos across the following body parts:

Be careful at tattoo parlors. Unlike barber shops, which let you preview CJ’s cut, there’s no way to view what a tattoo looks like on his body without spending money.