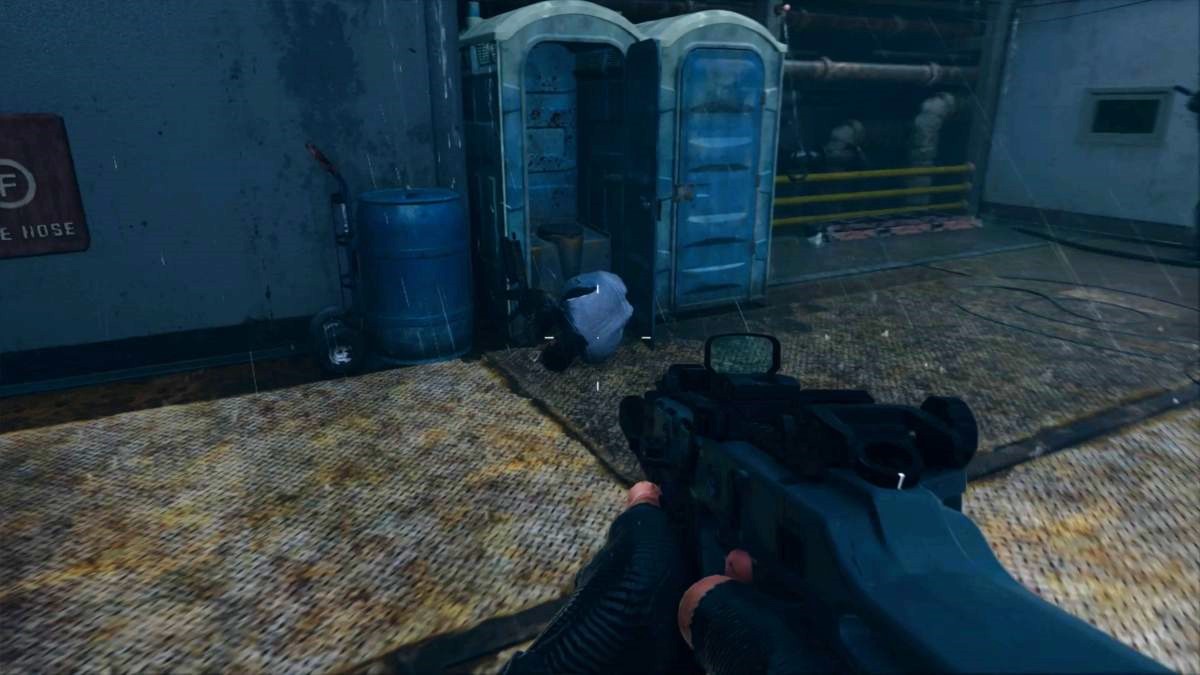 The A Crappy Way to Die achievement/trophy in Call of Duty: Modern Warfare 2 requires you to kill the enemy in the porta-potty during the single-player campaign. But neither the achievement/trophy name, nor its description, offers any clue as to on which mission the porta-potty can be found, or to where it can be found during that mission. There are actually only two porta-potties in the whole campaign, and only one of them has an enemy in it. And, what with all the gunfire, explosions, shouting, cursing, darkness, thunder, and lightning going on, it’s easy to miss it.

Related: How to get the Keeping This One achievement/trophy in Violence and Timing in Call of Duty: Modern Warfare 2

Which mission has porta-potties on it in Call of Duty: Modern Warfare 2?

You can find the porta-potties on the Dark Water mission, which is the 12th mission in the campaign. They are on the oil rig during the first part of the mission, before you go to the ship. They’re not on the deck on which you start, but on the one above that.

Where is the enemy in a porta-potty in Call of Duty: Modern Warfare 2?

As you near the top of the first set of stairs on the oil rig, you’ll see two porta-potties side-by-side on the deck to your right. The enemy who’s literally sitting down on the job is in the porta-potty on the left. To kill him, unload a few rounds into the middle of the door, then the door will open, and the dead enemy will fall out. You might think you literally caught him with his pants down, but they’re actually up, so you only figuratively caught him with his pants down. You have to be quick to get this achievement/trophy, as one of your squadmates might kill the enemy in the porta-potty before you do. So, shoot that porta-potty as soon as you see it.