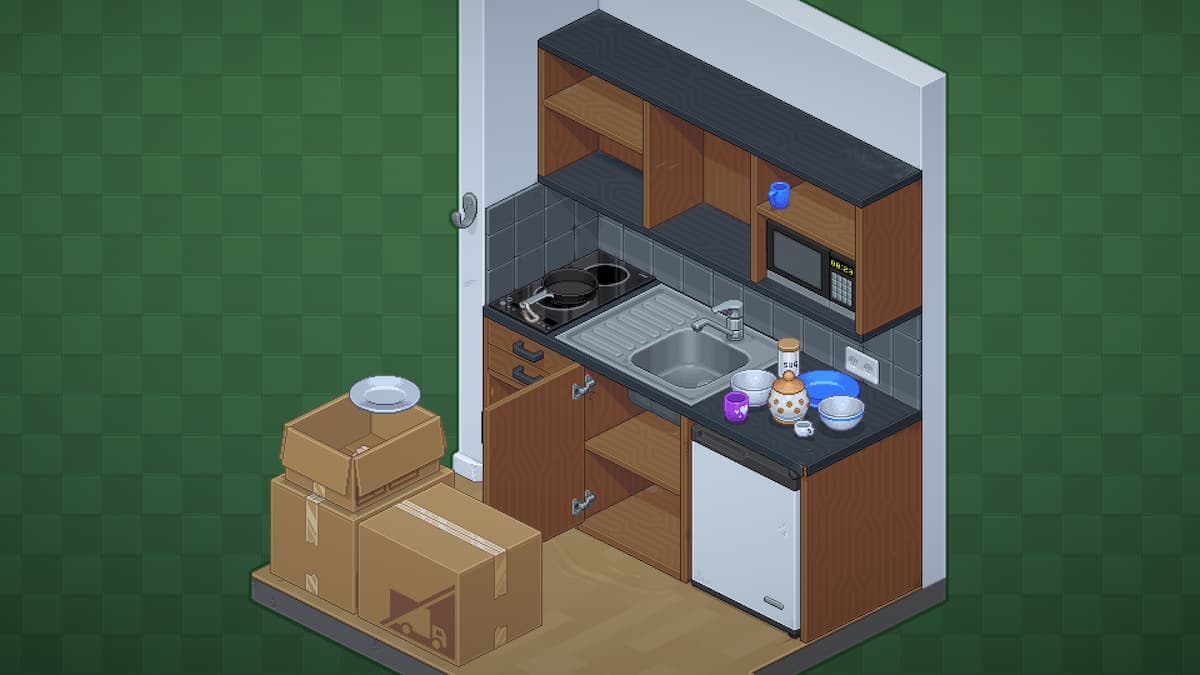 The A Sometimes Food achievement in Unpacking is awarded for putting a cookie jar out of reach. It’s a simple enough description, but all achievements in the game are hidden, meaning you might not know they existed in the first place. Now that you know about it, our guide will help you get it.

The achievement can be unlocked in 2004, the game’s second level. Either finish unpacking the room in 1997 or use the accessibility option to immediately move on to the second level.

As the second level, 2004 increases the complexity with three rooms as opposed to the opening level’s single room. You can switch between rooms using the left and right bumpers or triggers. In this level, you have the kitchen, bedroom, and bathroom.

Go to the kitchen and start unpacking the first box on top of the pile. This is where you’ll find the cookie jar, indicated by its spotted pattern. Grab the cookie jar and place it on the uppermost shelf on top of the cupboard. You don’t need to worry about the state of the rest of the kitchen. The achievement will pop as soon as the jar is placed. This also unlocks the cookie sticker for the photo mode.