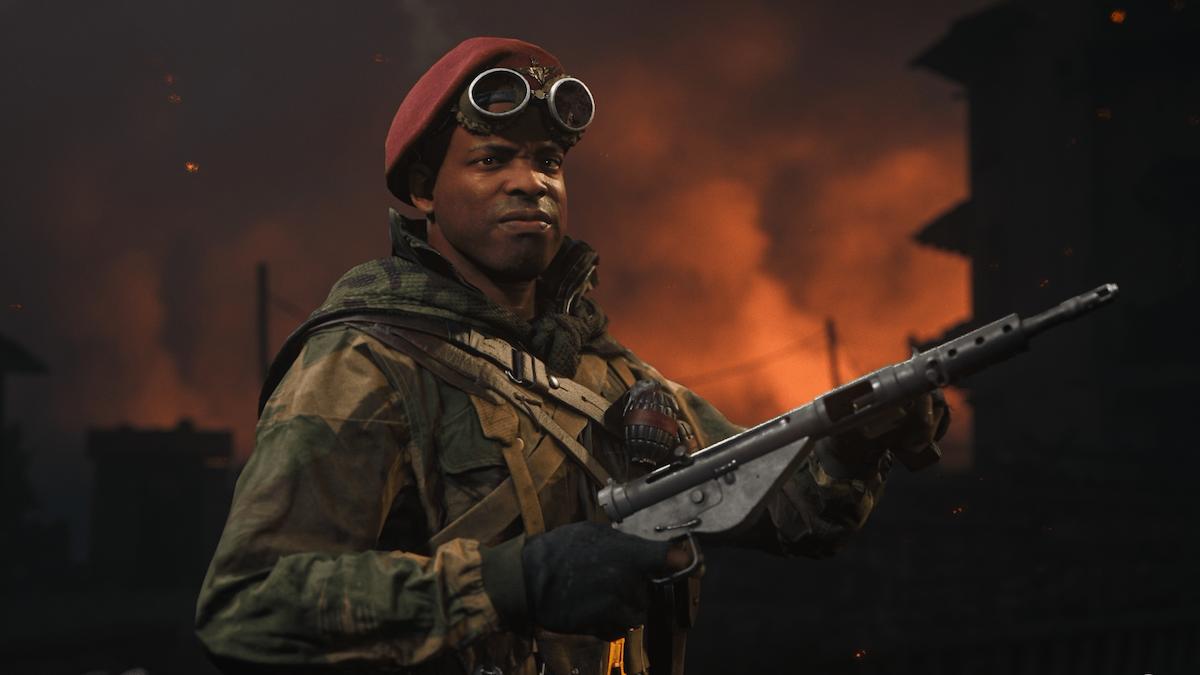 Like the “Shot Caller” achievement from earlier in Call of Duty: Vanguard’s campaign, the “Allies Together, Strong” achievement requires you to flex Arthur Kingsley’s leadership qualities against one of Vanguard’s tougher enemies — the Jägermörder — in the game’s final level, “The Fourth Reich.” This guide will explain how to take down these fearsome, resilient foes with the power of teamwork.

Shortly after starting the level, you’ll arrive at an abandoned subway station. Suddenly, a Jägermörder will appear. You might remember these from the mission “Lady Nightingale.” Unlike most other enemies you’ve fought, these guys do not go down easily, and they deal tons of damage thanks to the machine guns they wield. You essentially fight them in phases, and at the end of each phase, they drop a smoke grenade to break up the action.

Thankfully, you won’t have to do the fighting here. As in the level “Operation Tonga,” Arthur can deliver orders to his squadmates to attack a specific target if you aim at an enemy and press “up” on the directional pad. Just tell your teammates to target the Jägermörder and they’ll take care of him together. When he drops his smoke, wait for him to reappear and issue another attack order. Repeat this until he’s dead, and the achievement will unlock.