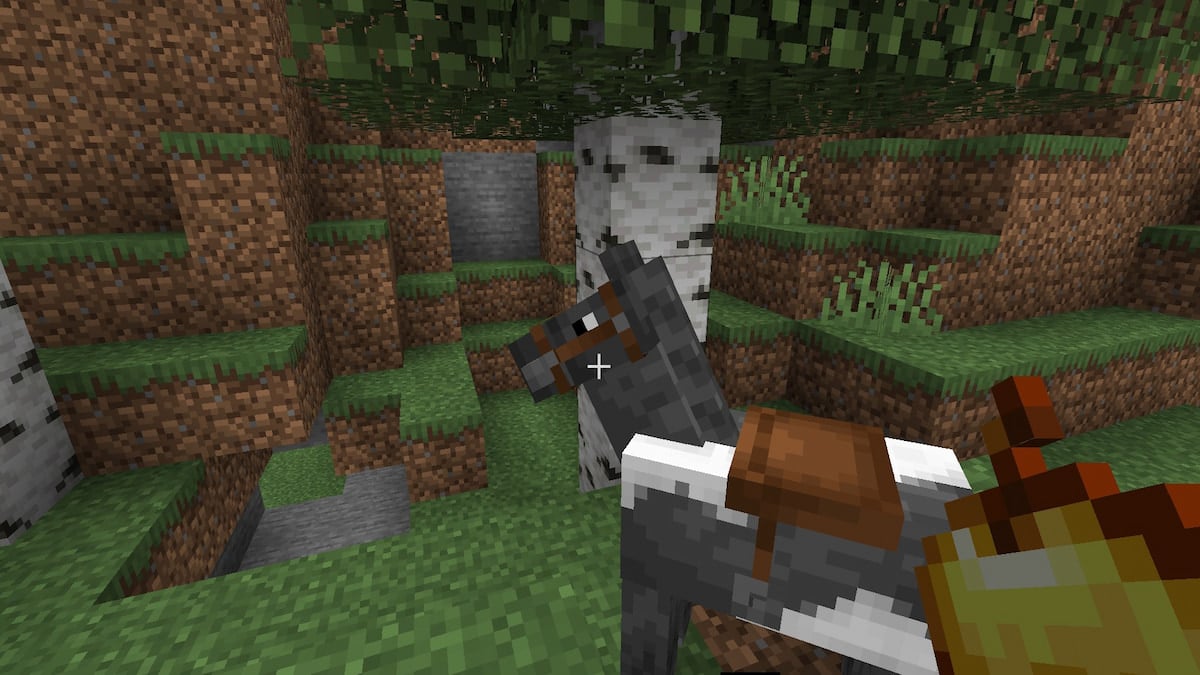 Getting around your Minecraft world can be difficult before you get established enough to use elytra, and ever since version 1.6.1 launched, horses have made a good argument for being the best means of early game travel. However, not every horse is made equal, so here is a quick guide on how to get the best horse in Minecraft.

First, you must know that all horses have three distinct values that contribute to their usefulness: Speed, Jump height, and Health points. Every Minecraft horse you find in the wild will have a random and invisible value assigned to these three traits, and that value will determine how fast the horse runs, how high it jumps, and how much damage it can take. These values cannot be changed, but you can create horses with better values with a little bit of luck and some golden carrots and apples through the process of breeding.

In Minecraft, a horse can move at any speed between 5bps (blocks per second) and 14bps. This means that the slowest horse still moves faster than a player does when walking, and the fastest horse can run nearly three times faster than the player can. Since the speed of your horse will be an invisible value assigned to the horse, the best way to test it would be to time how quickly it can run between two points, perhaps with another player running the same route, so you can compare their relative speeds.

As for the jump height of a horse, this can be as low as around as one block to as high as five and a half blocks. The best way to test your horse’s jump height is to use snow, as it is one-eighth of a full block. Thus, if you make a staircase up to five and a half blocks (the highest step will be 44 snow layers tall) and have your horse jump as high as it can go, you can get a pretty accurate measurement of its jump height.

The hit point value of a horse is the only value you can see with the GUI, but even that isn’t perfectly accurate. In Minecraft, each hit point is actually represented by half a heart, meaning that a full heart is two hit points. Despite this, a horse with an odd value of hit points will still show an even value of hearts. This is because the GUI will only show full hearts and will visually round down any odd values. Considering that horses can have between 15 and 30 hit points, around half of all horses have the potential to have an ambiguous value of hit points.

So now you know about the three values that make for the best horse, but also you have likely found out that the wild horses you tamed haven’t quite reached the highest of horse potential. To achieve horse perfection, you are going to have to breed your horses together. The way breeding is handled by the game is pretty simple, but it does require some luck. Essentially, the stat values of the two horses you are breeding get thrown into a random number generator with a random third number within the range of possibilities. The baby horse will then receive the average of these three numbers, and this will happen with all three of the traits previously mentioned.

So, an example might be that you breed together a horse with 18 hit points and a horse with 20 hit points, and the game decides to randomly throw in a 28 to the average. This will make a baby horse born with 22 hit points. By breeding your horses with the highest values in each trait over and over again, you can eventually give birth to a super horse that tops all three categories. With this in mind, we hope you have good luck and find lots of gold for golden carrots.