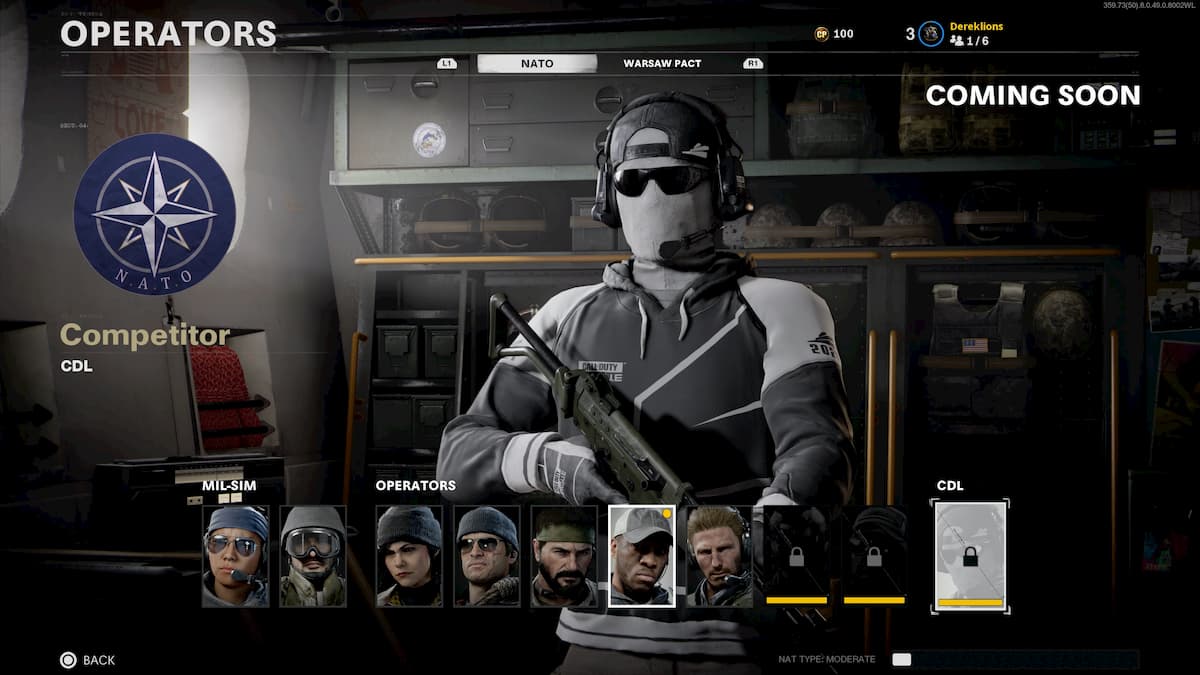 As refreshing as it is to finally have a Call of Duty: Black Ops Cold War Battle Pass, the best piece of DLC may not belong to it. In honor of Call of Duty League’s second season, Treyarch has stealthy released two CDL-inspired Competitor Operators into Black Ops Cold War – both rocking the slick black and white League hoodies.

The only problem: when looking to see if challenges need to be completed for the Operators, it simply reads “Coming Soon,” even though you may see other players already having these skins. Here’s the one way you can currently unlock them.

Where to find the Competitors

Although players may only need to complete challenges to unlock the two Competitor skins in the future, for now, they are locked behind a paywall in the game’s Store tab. You can discover the bundle they are in at the very bottom of the page, in between the COD Points and Franchise Store options.

So far, neither Activision nor Treyarch have hinted at making these skins available as a cheaper standalone purchase, or simply unlockable through the Battle Pass missions – how Operators are typically earned.