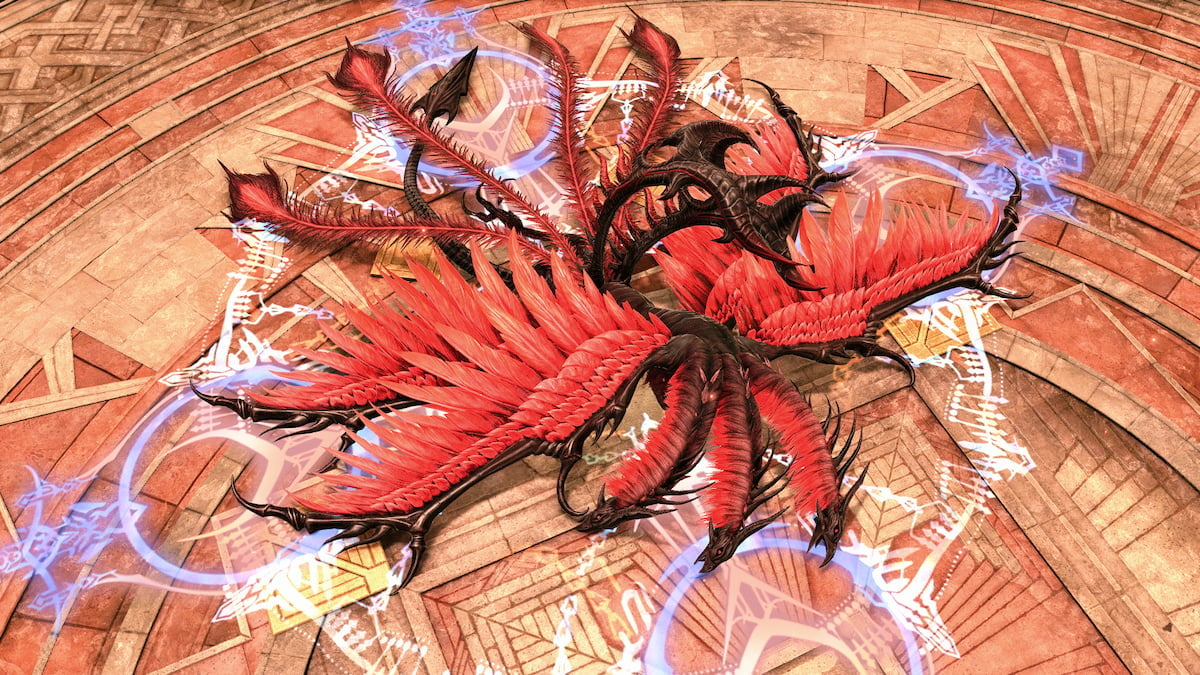 The Demi-Phoinix mount is one of the many notable beasts you can ride in Final Fantasy XIV. It’s a gorgeous creature that you’ll have the chance to ride around in the game, ferrying you from any location you need to visit, showing off to everyone your accomplishments. But how do you go about earning it? This guide will cover how to get the Demi-Phoinix mount in Final Fantasy XIV and where it comes from.

The Demi-Phoinix mount is an exclusive mount you’ll have the chance to earn by completing a specific raid, the Asphodelos: The Four Circle dungeon, on Savage difficult. You can work your way to unlock this Raid by finishing the regular version of this dungeon, namely the Pandæmonium series of raids. After completing the Endwalker Main Scenario Quest in Final Fantasy XIV, you can access the Pandæmonium raids by starting The Crystal from Beyond and speaking with Nemjiji at coordinates (X:9.6, Y:11.9), in Old Sharlayan. You need to go through all of these normal dungeons at least once.

After you’ve completed those at least once, the next step is to reach an average item level of 570 on your primary character. Then you’ll be eligible to join the Duty Roster for Asphodelos: The First Circle on Savage difficult. This is the first Raid you need to complete, unlocking Asphodelos: The Second Circle and The Third Circle, leading up to the final boss in The Fourth Circle. All of these will need to be completed at least once, and for The Fourth Circle Raid, you will need an average item level of 580 to sign up with a team.

After beating Asphodelos: The Fourth Circle boss, there’s a chance for you to win the mount when rolling for it against the players who completed it with you. If you win, the mount is yours, but you’ll be competing against second other players, so don’t expect to receive it on your first try.