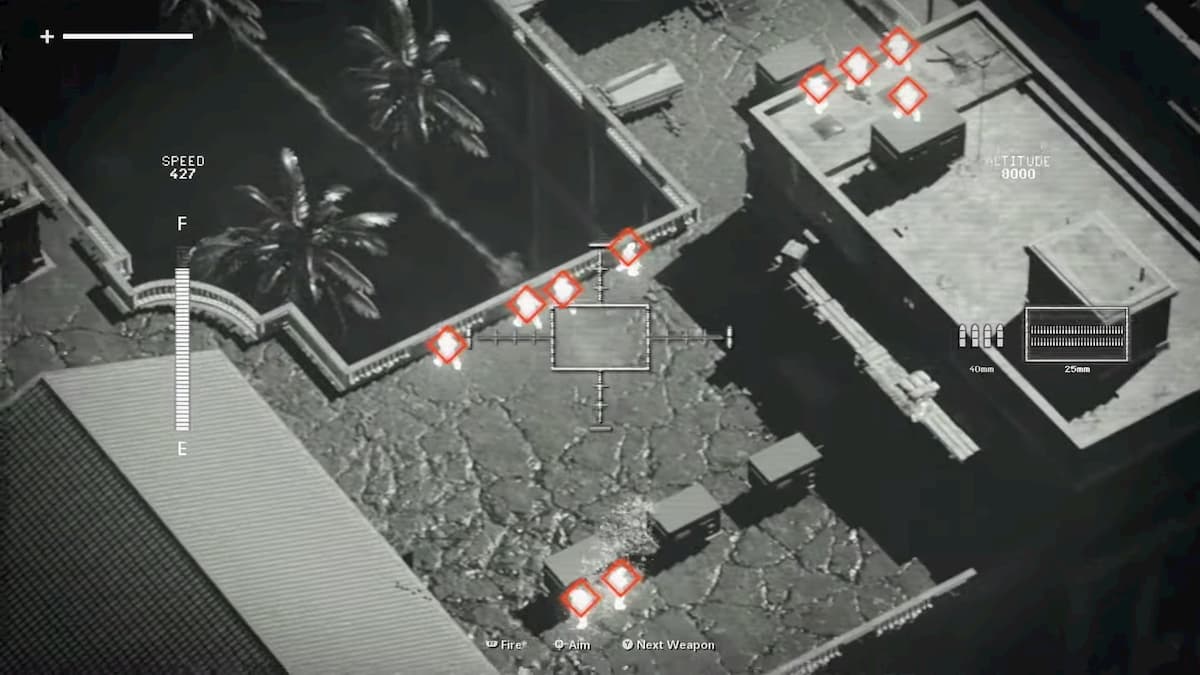 The End of the Line mission in Call of Duty: Black Ops Cold War is sure to be stress-inducing. The final minutes of the mission will have you as the character of Bell standing your ground on a rooftop while waiting on a Skyhook pick up. To get the achievement or trophy titled EVERYONNNNNNEE! (which is presumably a nice Leon: The Professional reference), you’ll have to kill 25 enemies with the AC-130 you control near the end.

As you wait on your extraction, you’ll have an obscene number of Cuban soldiers attacking you from three different directions: on your left, on your right, and directly across from you on the other side of the rooftop. Enemies will run at you from a higher level on the left and from different levels from the right. If you still have a sniper rifle, this is a great way to pick off faraway enemies. But as more enemies pop up on your left and right, especially when they bust out their rocket launchers, an assault rifle will be more effective.

Survive for a couple of minutes and air support will finally be available. You’ll then be able to remotely control an AC-130 to rain hell upon your enemies. They will all be marked with red squares through the gunship’s thermal sights, and you’ll see that your targets will mostly be clustered into groups. This is perfect for getting this achievement, but you have to be precise.

Start off by aiming at the large groups across from Bell, who from the perspective of the gunship, is below. Bell and allies will be marked as blue shapes, so use that as a reference point. From there, you will want to go through enemy groups in a counter-clockwise fashion. After you clear out enemies on the right side, you’ll see that there are enemies on the ground and not on the rooftop — aim above Bell and their allies to take down those enemies too. Continue your counter-clockwise sweep to clear all of the enemies on the left.

If you run out of ammo, do not wait for a reload — instead. keep switching between the 40mm and the 25mm guns whenever your ammo is depleted. This will ensure that you’ll unleash a consistent rate of fire. If all goes well, the achievement should pop up, and then you as Bell will have to make a story decision regarding Lazar and Park.