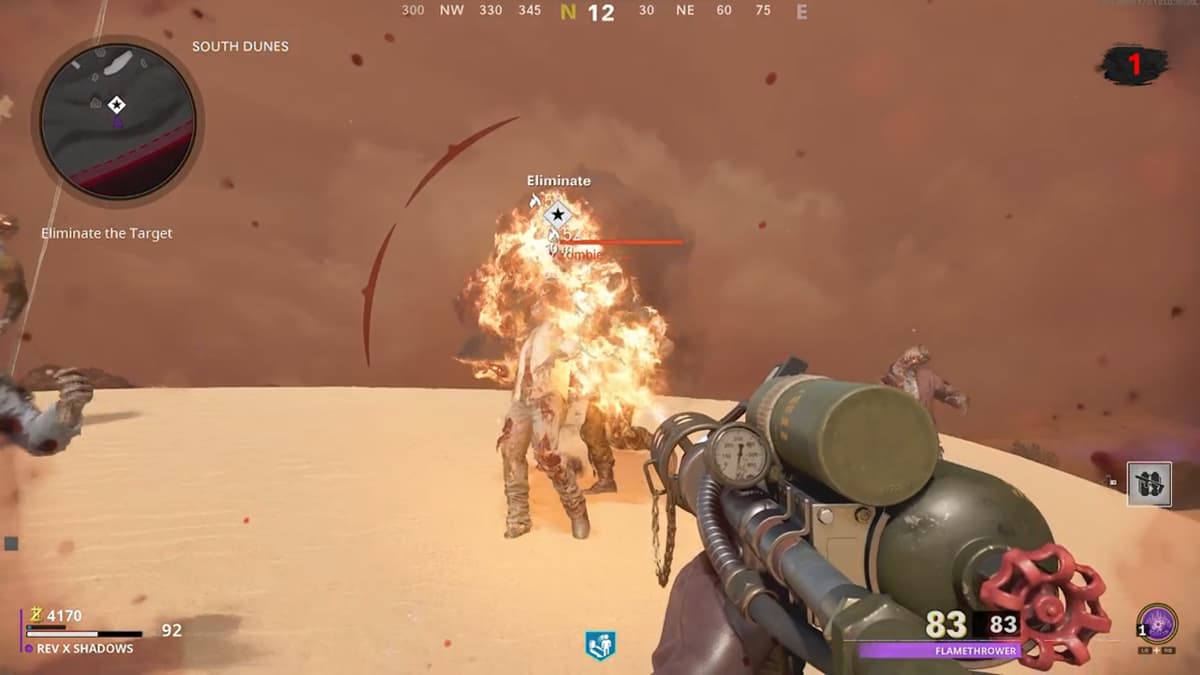 Flamethrowers remain one of the most fun weapons to use when taking on a horde of zombies. The reach and burn it gives out will incinerate anything that even attempts to make its way over to you. Oddly enough, Call of Duty Zombies does not use flamethrowers much. Sure, there are plenty of firetraps you can activate in its past, but there was no way to wield one in Call of Duty: Black Ops Cold War until its fifth season of content was released. Here is how to get the Flamethrower in Call of Duty: Black Ops Cold War Zombies.

The Flamethrower can be used in either a round-based Zombies map or Outbreak. Like the multiplayer version, the Flamethrower is a Support Streak, so it is not something you will have on you at all times. To get one, you can hope for a drop or craft one.

Flamethrowers are epic (purple) quality scorestreaks, so they do not drop often. That being said, they have a better chance to be dropped by more powerful enemies, like Megatons or HVT Zombies. They can also be gained in golden loot chests if you get lucky when you open them.

If you are not having any luck getting a Flamethrower to drop, you can craft one at any Crafting Table for 100 high-end salvage (Blue).

When you have the Flamethrower, you will have 100 ammo in it total. When it is used up, you will need to get a new one. You cannot refill the ammo. Additionally, you will not need to worry about reloading the weapon. Hold down the trigger, and you will continuously burst flames until you run out.