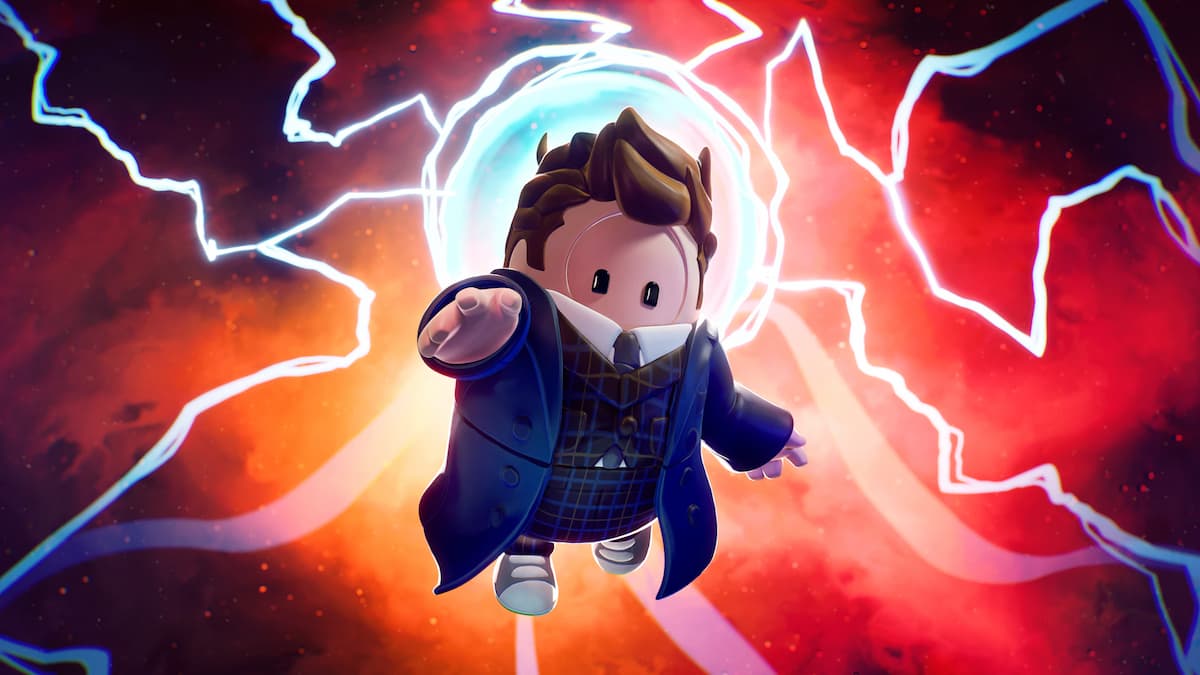 Fall Guys loves to incorporate crossover skins for just about any popular media franchise in its obstacle course gameplay. With this in mind, it was just a matter of time until Doctor Who got the same treatment that other shows and movies received. There are quite a few characters from the long-running series that you can acquire. Here is how to get your hands on the Fourteenth Doctor skin in Fall Guys.

Related: Fall Guys gets all timey-wimey with Doctor Who skins

Like most other cases with crossovers in Fall Guys, the only way to get yourself the David Tennant Doctor skin is to purchase it from the in-game store. You will need to buy some of the game’s Show-Bucks microtransaction currency and spend that on it.

As of this writing, the Doctor Who skins are not available in Fall Guys yet, but will be arriving on November 1. You’ll need to act quickly though because they’ll leave on November 5. When they come to the game, we expect the Fourteenth Doctor skin to be 800 Show-Bucks and a bundle option available for quite a bit more if you want the Dalek and other Doctor skins and Sonic Screwdriver emote.

Like the other crossover skins that come to Fall Guys, playing with the Fourteenth Doctor as your bean will not have an impact on gameplay. It is merely a cosmetic change that shows your love for the series while playing the game.

If you do not get the chance to purchase any of the Doctor Who skins during their time in the store, there is a possibility that they return at some point in the future. Some past franchises have gotten a second run in the store, but those moments are few and far between. If you want a guaranteed chance to have them, you will need to purchase them this week.