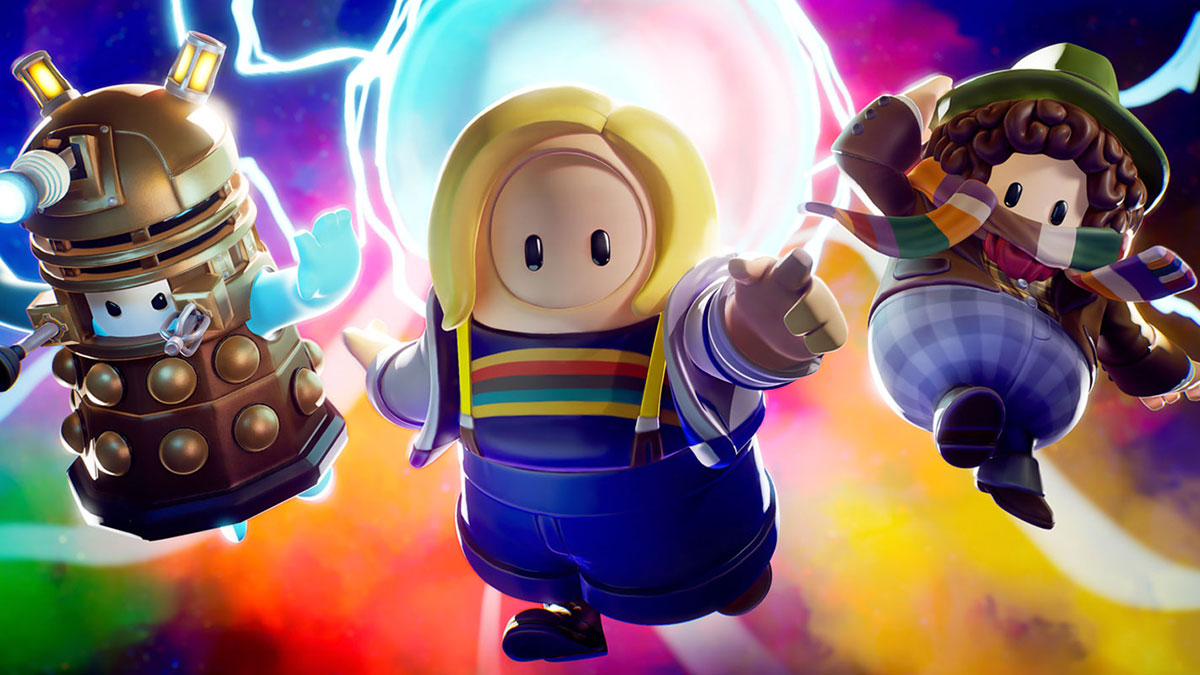 It might be Halloween as this news story breaks, but Fall Guys: Ultimate Knockout doesn’t need any excuse to add more costumes. We’ve seen all sorts of characters from movies, TV, and other video games turned into cosmetics for the beans to wear, and the latest edition should get the Whovians excited.

“Get ready for a journey through time and space,” the Fall Guys Twitter feed teases. The attached trailer includes footage of three of the four Dr. Who costumes coming to the competitive party game. Tom Baker’s Fourth Doctor and Jodie Whitaker’s Thirteenth Doctor are in the mix, along with a Dalek costume for those who want a more villainous look. While it’s not shown in the trailer, the fourth costume is David Tennant’s Tenth (and also now Fourteenth) Doctor. Additionally, there’s a Sonic Screwdriver emote, complete with the iconic sound effect. According to the Dr. Who website, the four costumes and the new emote will be available in the Fall Guys item shop until Sunday, November 6 at 3:59 AM ET / 12:59 AM PT.

This set of Dr. Who costumes fits in perfectly with Fall Guys’ current season. Satellite Scramble, as season two is called, is space-themed. It introduced several new rounds with a sci-fi spin on some of the game’s existing obstacle courses, as well as a host of costumes from the same genre. Destiny 2 skins representing the Hunter, Titan, and Warlock Guardian classes are in the game, along with Star Trek‘s original Vulcan Spock and Alien‘s iconic Xenomorph.

As stated, Fall Guys needs no reason to dress up, but it did get a batch of Halloween-specific skins as well. Specifically, it added a trio of three complete Ghostbusters costumes and an extra Zuul helmet you can tack onto any bean’s head. If you want those for yourself, we can show you how to get the Ghostbuster, Gozer, and Slimer outfits.