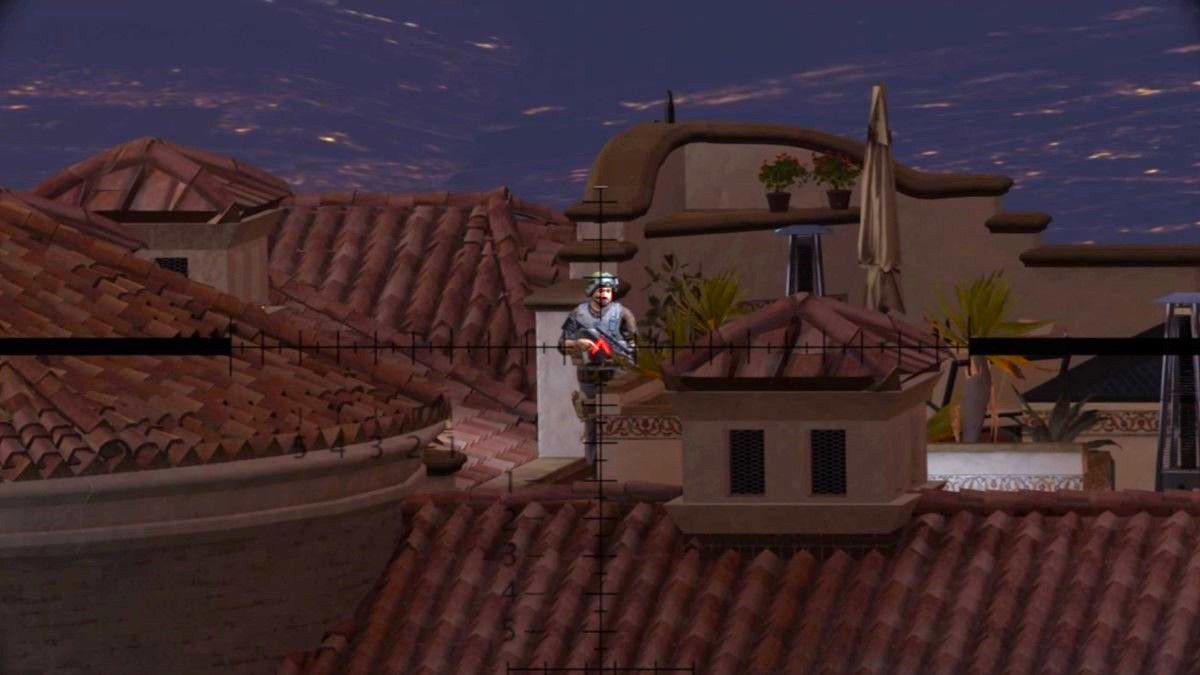 El Sin Nombre is the 11th mission in the Call of Duty: Modern Warfare 2 campaign, and one in which you need to survive an interrogation, then employ stealth to reach and identify Cartel boss El Sin Nombre in the penthouse of Diego’s mansion. Stealth doesn’t necessarily mean not killing anyone, of course. If you want to get the Ghost-in-Training achievement/trophy, then you have to not only reach the penthouse without raising the alarm but also do it without killing anyone. Not even quietly.

Related: What is the code for the safe in Diego’s room in El Sin Nombre in Call of Duty: Modern Warfare 2?

After the interrogation, you have two different ways to get to the penthouse: either by climbing to the roof or by getting Diego’s keycard and using the elevator. It’s possible to go either way without killing anyone, but it’s much harder to get the keycard without killing Diego, so we recommend going to the roof.

To get there, go inside the house, and turn left at the blue couches so that you go back outside to an area with stairs. Go behind the stairs and climb up the ledges to the second floor. Follow the ledges all the way around the back of the house, staying low and moving cautiously so that the second-floor guards don’t see you. Go all the way around the outside of the ofrenda, then climb the conveniently ladder-shaped trellis to the roof.

There are guards on the roof, but there are also plenty of bottles to distract them with. Throw the bottle to the east side, and sneak north on the west side. Go past the locked door and climb the ladder. Head to the top of the elevator shaft and take the ladder down, even though Ghost tells you to take it up (he also calls the elevator a “lift”, the crazy Brit).

On the top of the elevator, press the down button then, when Alejandro tells you to stop, press the stop button. Hit the emergency lock above the exit doors, then follow Alejandro to the penthouse. Once you’re in and you’ve got a gun, the achievement/trophy should pop, and you can start killing people.