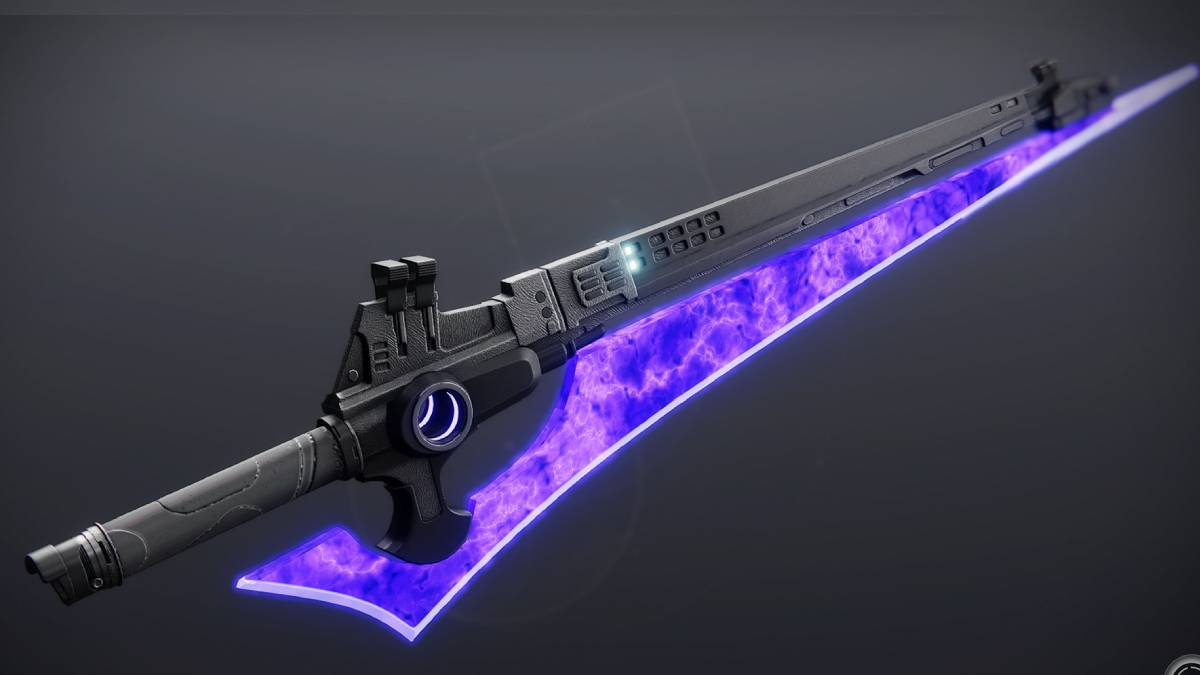 Bungie took the opportunity to put a little bit of Halo into Destiny with the 30th Anniversary Pack for the game, a DLC celebrating the developer’s storied history. For all intents and purposes, The Other Half is the Destiny version of the Energy Sword, with the small difference of being split into two equally potent blades.

The Other Half is an Adaptive Frame sword with a mean uppercut attack built in. Guardians can get it from the chest near Xur in the Treasure Hoard on Eternity or as a reward from Xur’s Strange Engrams. The sword shares a lot of its DNA with its sister weapon Half-Truths and earlier Adaptive Frame swords like Negative Space.

The best perks for The Other Half

Most Adaptive Frame swords in Destiny 2 keep a similar collection of perks on the left side of the page, and The Other Half has an identical set to its counterpart. Honed Edge gives the sword a straight boost to the Impact stat for more damage, while Jagged Edge adds a larger amount of damage but lowers the ammo you can carry at once for the sword.

Like the Half-Truths, the Other Half is one of the first swords to roll with the new Eager Edge perk. Guardians get extra lunge distance with the weapon immediately after switching to it for a short time, which is both useful in combat and gives greater mobility via sword skating. Equipping the weapon mid-air and rapidly swinging through a jump provides you some extra distance in flight, bringing back a classic Destiny movement strategy with a new Bungie seal of approval.

Crucible fans will likely want to keep an eye out for Vorpal Weapon in the final perk slot for The Other Half, which grants the sword greater killing potential against Guardians with their Super active in PvP. On the flipside, PvE fans will benefit best from Whirlwind Blade’s extra damage on rapid hits.

For an interesting alternative roll in PvE, Guardians can also try Duelist’s Trance and Frenzy together. Duelist’s Trance boosts the weapon with charge rate, efficiency, and defense bonuses as long as the sword is kept equipped, while Frenzy increases damage and handling during lengthy combat sequences. Combined, both perks incentivize keeping the sword out for as long as possible and slashing away at enemies.