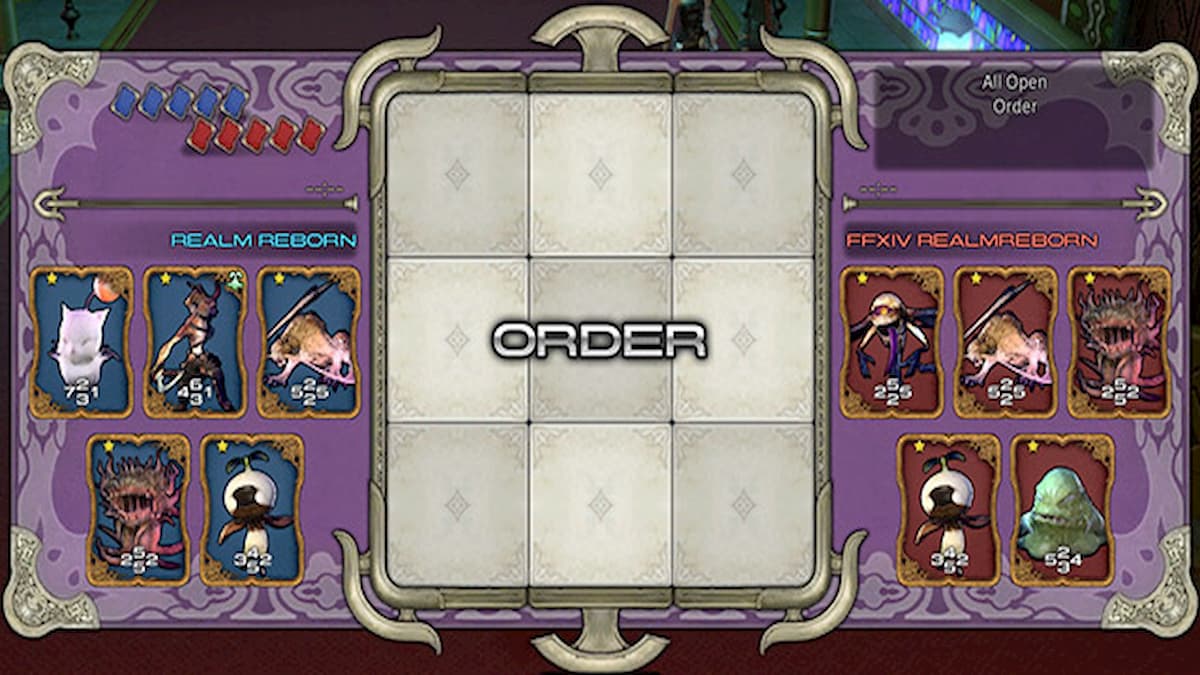 The incredibly addictive Triple Triad card game from Final Fantasy VIII is playable in Final Fantasy XIV. While the rules aren’t entirely the same, Final Fantasy XIV still allows players to collect all their favorite cards. Cards based on NPCs, summons, monsters, and more are all available. Among them is the Phoenix card, inspired by the Summoner’s avatar and a special boss within the Final Coil of Bahamut.

Players can earn this Legendary card by ranking first in an Open Triple Triad Tournaments. This card is pretty strong with two 9s on the left and right sides, respectively. There’s a 5 on top and a 6 on the bottom. To participate in these matches, speak with the Open Tournament Official in the Gold Saucer (X:4.5, Y:7.4). The matches aren’t always ongoing, so you’ll need to find out when they begin. Speak with the NPC to learn when the next available ones will start.

Do well enough in your matches to rank first in the tournament itself. You’ll face off against other real players who are determined to win, so you’ll just have to be better than them. After placing first, you’ll receive the Phoenix card as your reward.