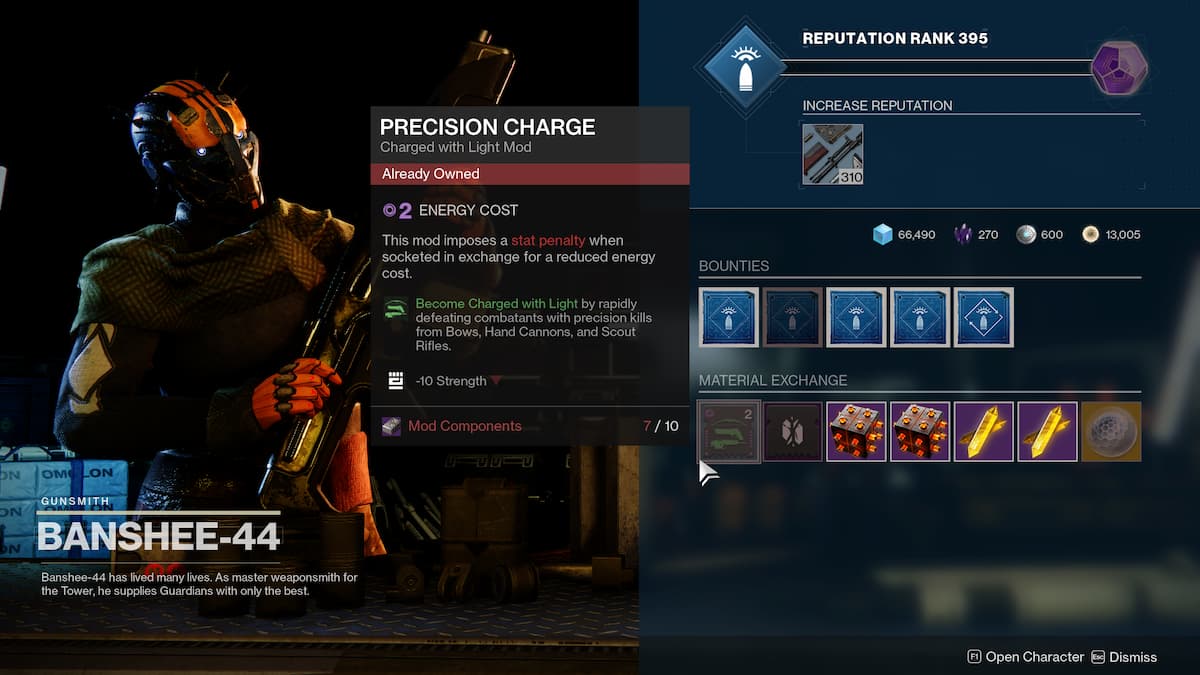 Charged with Light is a buff provided by a specific family of mods in Destiny 2. In order to take advantage of this buff, you need to equip certain mods and the specific parameters that accompany them to gain this benefit.

Destiny 2 is all about slaying the minions of the darkness, but there is surprising depth to the game’s mechanics, offering players ways to make their Guardians more powerful. One of those mechanics, Charged with Light, can help players specialize their builds as long as they have the correct items.

You can also receive the Charged with Light stacks by collecting Orbs of Light, using a finisher on an enemy, breaking an enemy shield with the matching energy type, Elemental Wells, and destroying or collecting Warmind Cells with the appropriate mods equipped on your character.

How does Precision Charge work

Precision Charge is a green mod that will grant you a Charged with Light stack by rapidly defeating combatants with precision kills from Bows, Hand Cannons, and Scout Rifles. Take care to note that this mod also comes with a penalty of -10 Strength when equipped, so be sure to think through your build before committing.

How to get Precision Charge

The Precision Charge mod can be acquired from The Tower gunsmith Banshee-44 for 10 Mod Components. This mod doesn’t come around often, so it is imperative that you grab it while he has it in stock to take advantage of what this mod can offer you.

Charged with Light is an extremely versatile mechanic that provides you and your fireteam with great benefits with the proper mods attached. This allows you to directly or indirectly support one another during any encounter you find yourselves up against.