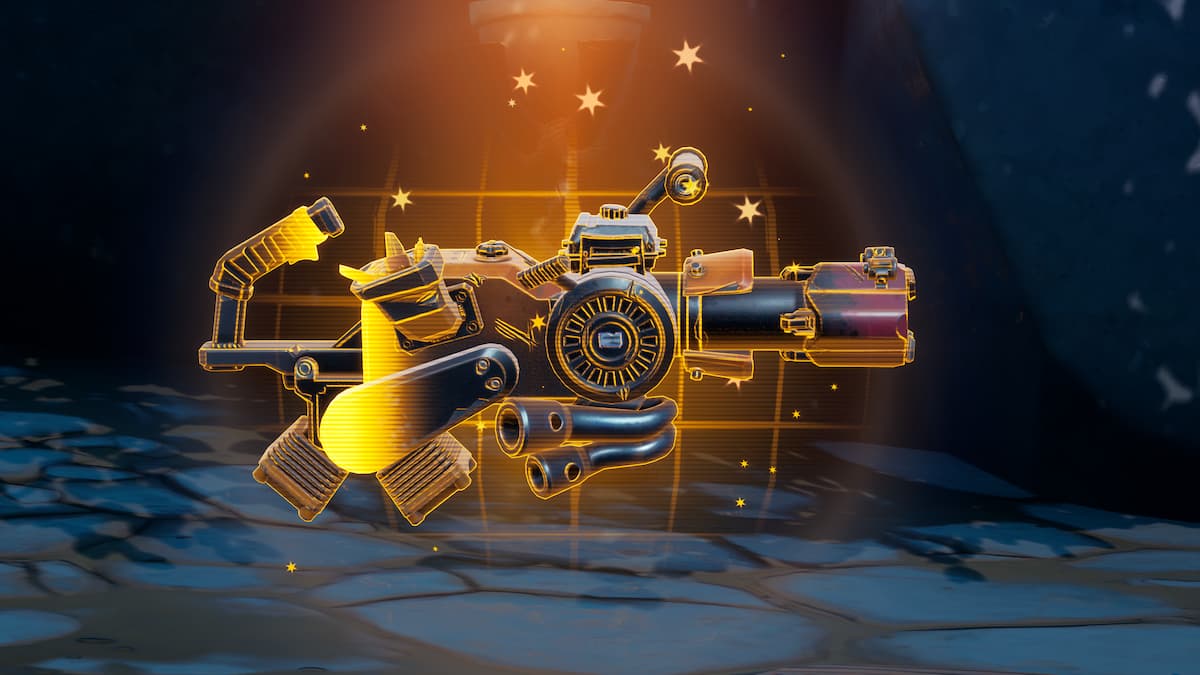 A new season means that new Mythics are up for grabs in Fortnite. Chapter 2 Season 6 has introduced the Mythic Spire Assassin’s Recycler, a ridiculously hard-hitting version of the recently introduced Recycler weapon. Getting this weapon is pretty simple but very risky, and there is only one way to do it.

You will need to take on and kill the Spire Assassin at the Spire in the center of the map. You can normally find them patrolling on the upper level, just before you hit the stairs to the spire itself. It can be a good idea to drop in right at the top of the Spire and then work your way down, looting as you go.

They have a lot of shields and are quite tough, so make sure you get plenty of weapons and shields before the fight. You will also need to be alert for other players, as this will be a pretty hotdrop for a while as everyone wants to try out the weapons.

The Spire Assassin will be armed with the weapon, and it will pretty much one-shot you, so you will need to be extremely careful. A good tactic is to stand on a roof or raised area, giving you clear shots against the Assassin while it will struggle to hit you instead of the walls below you.

Once the Spire Assassin is dead, it will drop the Mythic Recycler and you can pick it up and use it in your game.