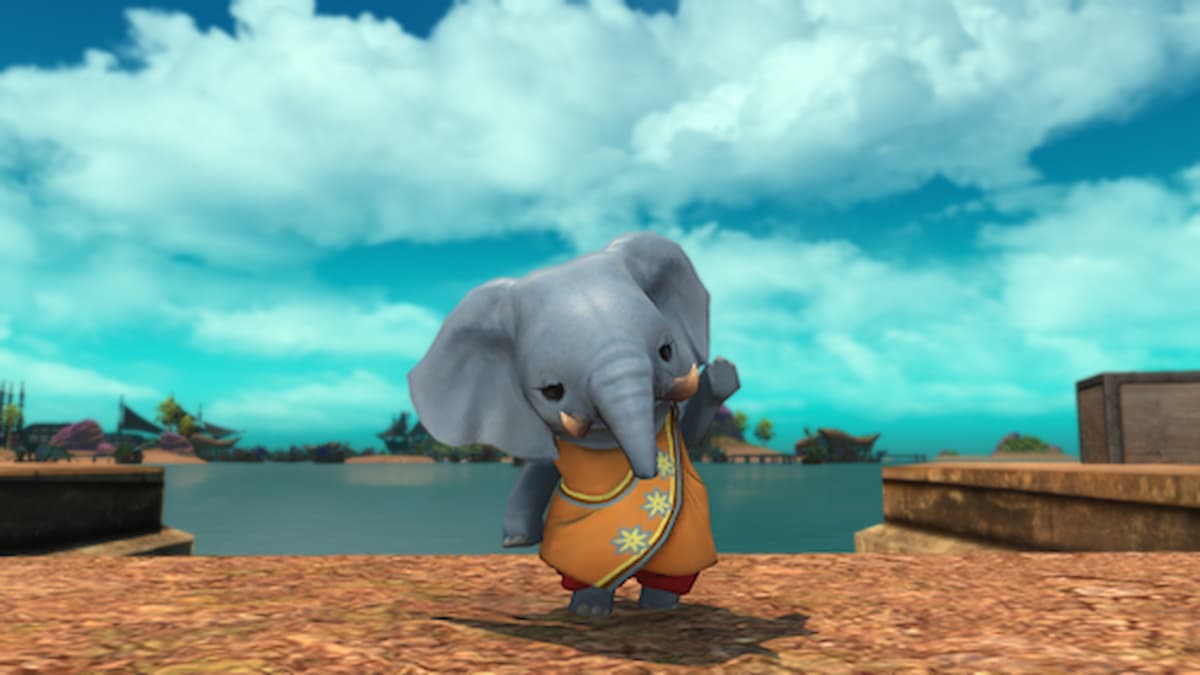 There’s a lot to love with Final Fantasy XIV’s Patch 6.15, but none more than the cutest new collectible wind-up Arkasodara minion. Players looking to add this creature to their collection of pets will find it not overly difficult with a bit of patience and consistency by doing the Arkasodara tribal quests regularly.

In order to begin the grind to earn the wind-up Arkasodara minion, players will need to unlock the Arkasodara tribal quests. This requires completing the main story for Endwalker, and two prerequisite quest chains. The first chain stars with Steppe Child and can be acquired by Ogul at X:25.6 Y:36.1 in Thavnair. The second chain starts with What’s in a Parent and is given by Yezahn at X:29.2 Y:15.3 at Palaka’s Stand in Thavnair.

Once these two chains are completed, players can begin the quest Hippos Born to Run from Kancana at Yedlihmad in Thavnair at X25.3 Y:31.2. This short adventure introduces you to a new tribe of Arkasodara that ride hippo-driven carts. They are looking to find a place in Thavnair, and set up a trading post at X:19.8 Y:28.1 called Svarna. Unlocking this hub will allow you access to the quests needed to obtain the minion.

Related: When will the Arkasodara Tribe quests be available in Final Fantasy XIV? – answered

Getting the wind-up Arkasodara minion

Once the Arkasodara tribal quests are unlocked, you should be able to pick up and complete three quests a day from the various inhabitants of Svarna. Each quest will reward 60 reputation with the Arkasodara tribe. As you complete quests everyday, you will progress to new reputation ranks, granting the ability to do different daily quests and see more rewards from the vendor in the hub.

Where and how to purchase wind-up Arkasodara

In order to purchase the wind-up Arkasodara, players need to reach the 4th rank of reputation, which is Trusted. This involves about two days of completing these quests. Unlocking the quests will start you at rank 3, which is friendly. You need 510 reputation to progress to Trusted rank. Hitting the reputation cap for a rank will unlock the next one and allow access to three more daily quests on the same day.

Upon reaching Trusted, several rewards will be available from the vendor Ghanta at X:20.4 Y:28.4 in Thavnair. This includes the wind-up Arkasodara minion. It costs 8 Arkasodara pana, which are awarded from doing the dailies.

There are many more rewards to earn in Patch 6.15, including through the custom delivery NPC Ameliance Leveilleur and Hildibrand quest chain.