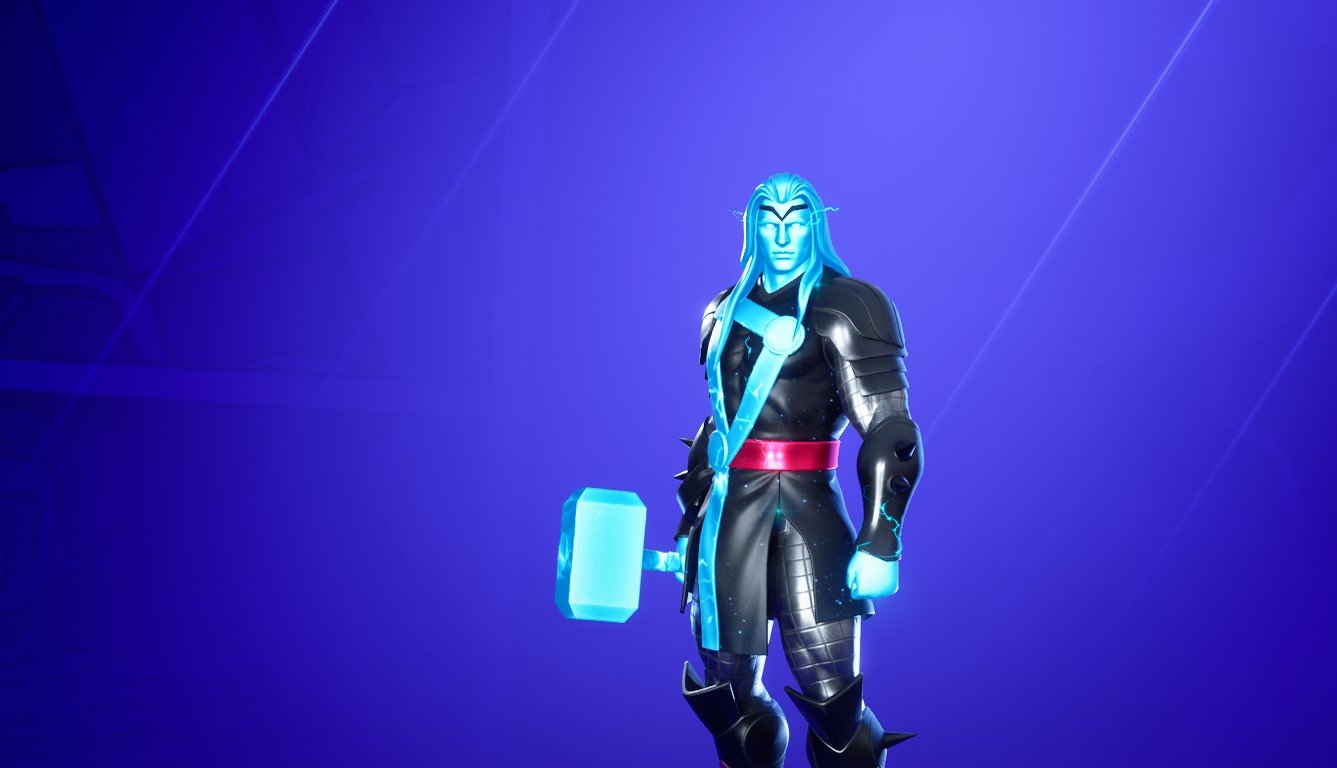 Thor’s Mjolnir Strike is a new Mythic added to the game in Fortnite Chapter 2 Season 4. This Mythic will allow you to call down a blast of energy from the Bifrost, doing lots of area-of-effect damage to any enemy caught in it. It will also disintegrate cover, making it a great way to destroy enemy builds.

To get Thor’s Mjolnir Strike, you will need to make your way to one of the Quinjet Patrol areas. The Quinjets fly past the Battle Bus at the start of each round, and one will land at each area marked by blue smoke. These are very easy to spot from the bus, so pick the one you like the look of and head there when you jump from the bus.

These spots are patrolled by Stark Robots, armed with special laser weapons. Take them all out, or down them, hack them by interacting with them, and make sure you control the area. Now it’s time to shoot down the little drones that are flying around.

These drones can drop all kinds of useful items, including Thor’s Mjolnir Strike. It’s a Mythic item that will cause a powerful burst of energy to hit the map. It will take up a spot in your inventory and have a half-minute recharge. To use it, select it as you would a weapon, then hold the first button. You will see a bright blue circle appear on the ground that shows where the energy beam will hit. Aim it where you want to strike, then release the fire button.

It should be noted, enemies will not be able to see where Thor’s Mjolnir Strike will land until it hits the ground, so you can easily catch enemies by surprise with it.