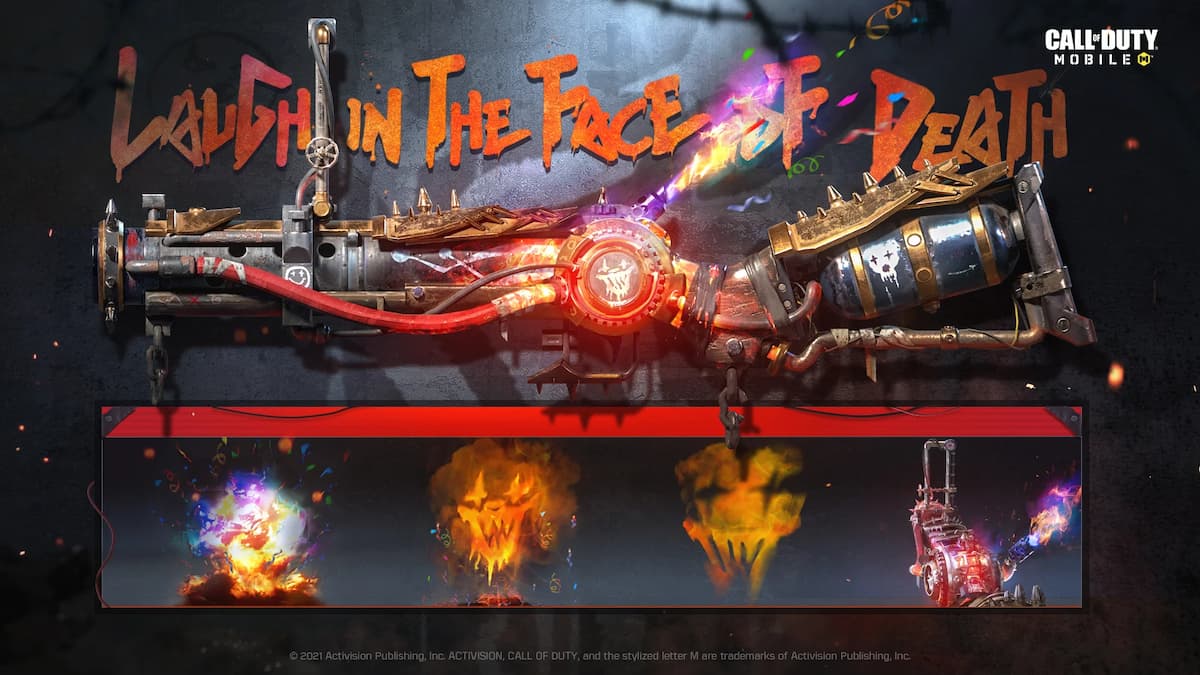 Call of Duty: Mobile Season 9 has introduced the first-ever grenade launcher called Thumper. It is a functional weapon in the game, and players can use it you damage multiple enemies at once. The base variant of Thumper is obtainable via Outta The Way! seasonal challenge however its legendary variant Thumper – Surprise Party is available in Unhinged Jokester draw.

The damage rate of Thumper is 130, and it has a good mobility rate too that will allow you to attack better. The only drawback is its low fire rate, but you are good to go if you pair it with an assault rifle. Here is how you can unlock both variants of Thumper.

As mentioned above, it can be unlocked by completing tasks in Outta The Way! seasonal challenge, and here’s a list of them.

To get the Halloween-themed Thumper – Surprise Party, you need to spend COD Points to draw a reward. The cost of drawing starts from 10 COD Points, and it goes higher with the number of draws. The item you obtain will be random, and once you get it, it will automatically get removed. The initial probability of getting Thumper – Surprise Party is 1.25 percent, and it will increase as rewards get removed.