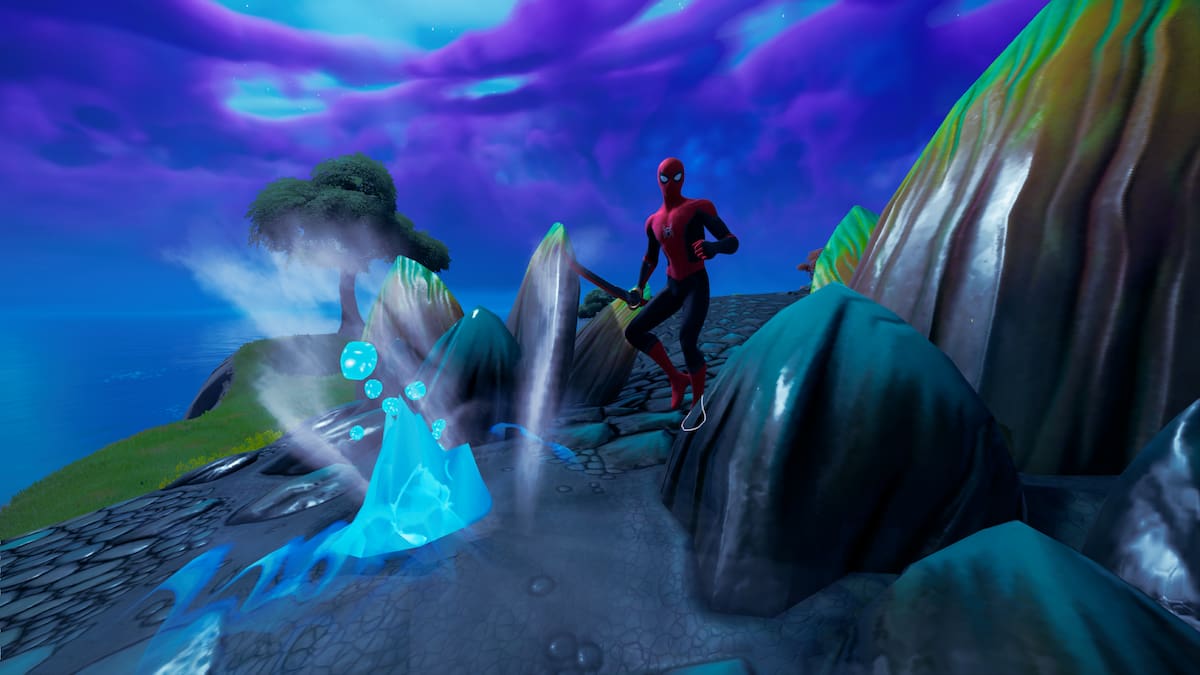 With the addition of a dinosaur species named Klombos, Fortnite players can likely expect a number of weekly challenges revolving around the animal for the remainder of Chapter 3 Season 1. For instance, one Week 8 challenge tasks players to track down one of these dinosaurs and use its launching mechanism to fly for a short period of time. It may seem like a lot just for some extra XP, but it can become a breeze if you take one specific route.

Since the Klombos debuted in mid-January, it seems there have been more appearing throughout the island. To complete this quest, the key will be to find a Klombo that is away from buildings or mountains that may stop you from traveling a great distance for this quest. Thus, we advise players locate the Klombo that is north of The Daily Bugle, as its location is pretty barren (as shown by the blue marker below).

As for launching from the Klombo, its blowhole is found on top of the dinosaur’s head. The easiest method of getting to it would be to land on it directly after jumping off the bus. However, it is also possible to climb onto Klombos by running onto their tails. From there, step on the blowhole and it will eject you high into the sky — ultimately letting you glide for hundreds of meters.