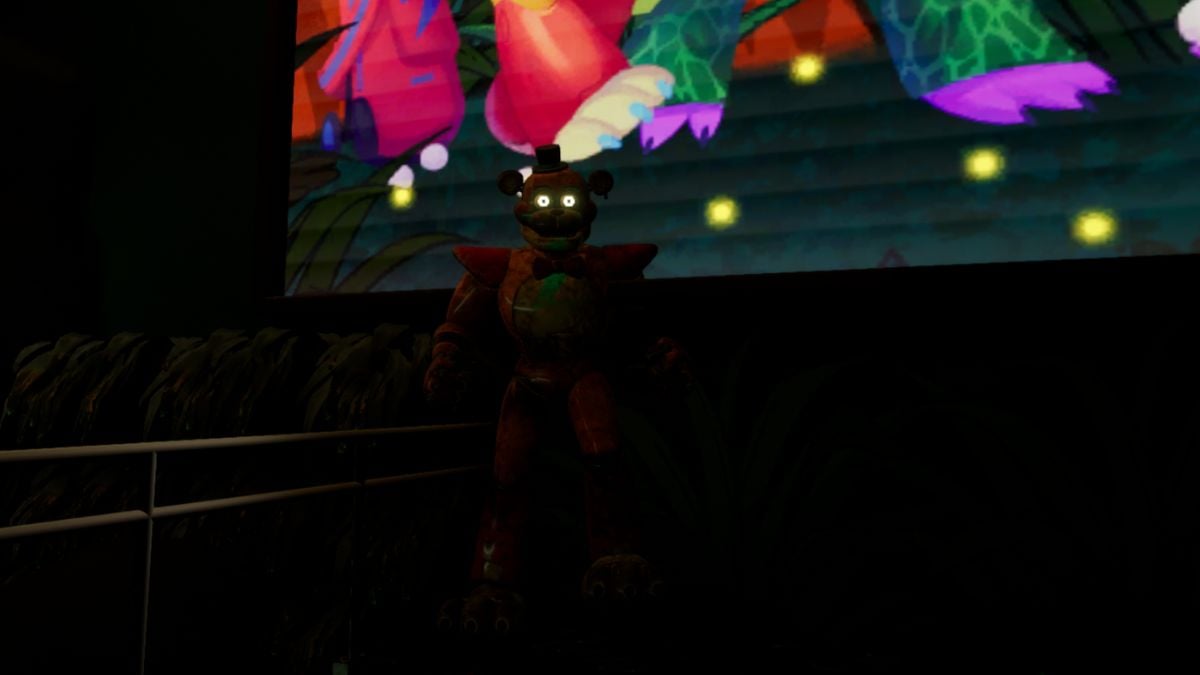 Freddy can be used for many things. Hopping inside of his chest allows you to avoid the other animatronics while you roam around the pizzaplex. You can also use Freddy to get into areas that you aren’t supposed to be. One of these areas is Monty’s Gator Golf. The same method can be used to break into Fazer Blast if you haven’t completed that area yet and have already wasted your Party Pass.

Go over to the security bot that guards the area you are trying to glitch into. Summon Freddy to your side and wait for him to appear. Once he appears, hop inside his chest and walk up to the security bot. The bot will try to block you from entering since you need the Party Pass. Keep walking into the bot and exit Freddy’s chest. You will glitch through the security bot and through the invisible barrier that blocks you from getting onto the elevator. If done correctly, the elevator doors will open for you.