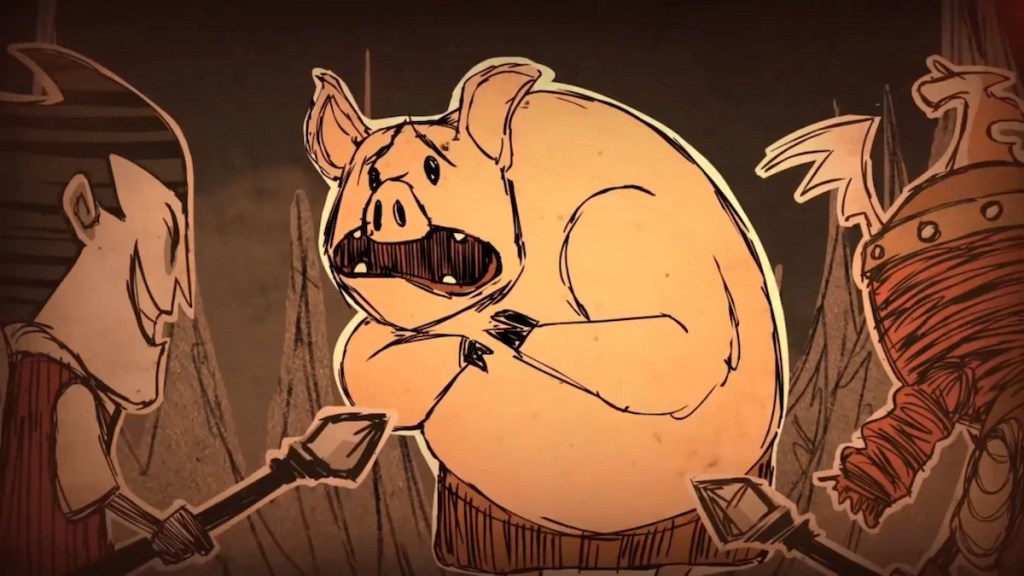 You’ll want to pay attention to three main statistics in Don’t Starve; your health, hunger, and sanity. While overall health and hunger are relatively straightforward, sanity is tricky. Since the game doesn’t teach you how to deal with this stat, you may be confused when your sanity starts to drop, and you have no idea how to raise it again. Thankfully, it’s much easier than it looks.

If you’re starting and need a quick and easy fix to boost your sanity, it’s as simple as picking flowers. Literally, go pick some flowers up off the ground, and it will bring up your sanity. If you collect twelve flowers, you can craft a garland hat, which will passively bring up your sanity by 1.33 every minute. If you want a better passive sanity boost, a top hat can be crafted with six spider webs and provides a 3.3 increase to sanity per minute. Remember to swap these items for armour if you enter combat, such as the football helmet.

Luckily, your food can also raise your sanity quite a bit, depending on what you’re putting in your mouth. Certain food items or recipes will have a greater effect and can be your only source of sanity boost if you know what you’re doing. Cooked blue and green mushrooms will instantly restore a good amount of sanity and can be used in a crockpot to make meatballs or ratatouille, which restore sanity by five points. If you craft bee boxes and obtain honey, you can use the honey with other fruit and meat to make honey nuggets, which restores twenty health and five sanity. Jerky also restores twenty sanity and only takes a single piece of meat to make; all you’ll have to do is make a drying rack.

If you find yourself standing around the fire pit at night, slowly losing your mind, sleeping also helps restore large amounts of sanity, albeit at the expense of time and hunger. The most accessible bed to craft is a straw roll, which uses six grass and one rope. However, they only have one use, and you’ll need to craft another one if you want to sleep again. Tents are a big upgrade, as they can be used six times at much more resources. You’ll need six spider webs, four twigs, and three ropes to make a tent. It’s much better than the straw roll, though, as it restores one sanity per second and will most likely last you weeks if you keep a close eye on your mental health meter.

The final main way you can restore sanity is by sticking close to friendly mobs, meaning beings like pig men. These will most likely be the first friendly mob you encounter, as pig men houses are found in a number of different biomes, and if you follow enough roads, you’ll find pig villages. If you feed the pigs meat, they will become your friend, follow you around, and even chop trees and fight for you. When they’re in this friendly state, they give off an aura that provides you with sanity. Pig men are good to have around regardless since they attack hostile mobs and can quickly produce manure, but they’re also a great source of sanity boosting.

There are plenty of ways to get your sanity back up to tip, top shape, so don’t fret when it starts to fall. You can eat a nice meal, have a nap, make some friends, or even do something as simple as picking flowers. Pay attention to your character’s needs, and don’t let your sanity fall too low.