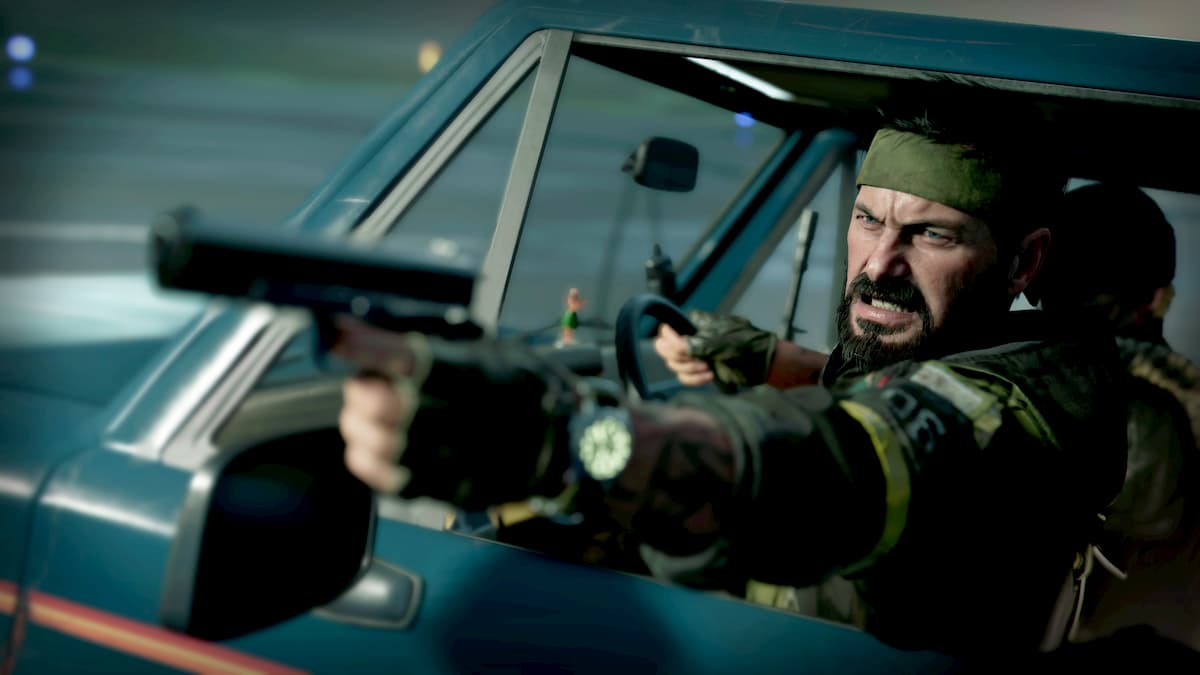 When you reach the last portion of the Echoes of a Cold War campaign mission in Call of Duty: Black Ops Cold War, you and Woods will be riding a large server lift out of a nearly destroyed building. Enemies will be appearing as the helicopter attempts to bring you up, and those enemies will be coming for you at all sides. Some of them will be standing next to explosive barrels, and for this achievement, you need to take out 12 of them using those barrels.

These barrels will be scattered through each of the levels in the building. You want to focus on shooting them rather than being worried about the position of the enemies. Because of the number of enemies in this area, try destroying the barrels and then focus on the other enemies.

The server underneath you and Woods will be swaying quite a bit, so aiming for these barrels can be a little frustrating. Thankfully, most of the enemies appear to crowd around them, typically in groups of three. There are instances of only two being there if one was taken out by Woods or yourself by accident.

It will probably take you shooting four or five barrels before the achievement unlocks. The notification will appear once you complete the task.