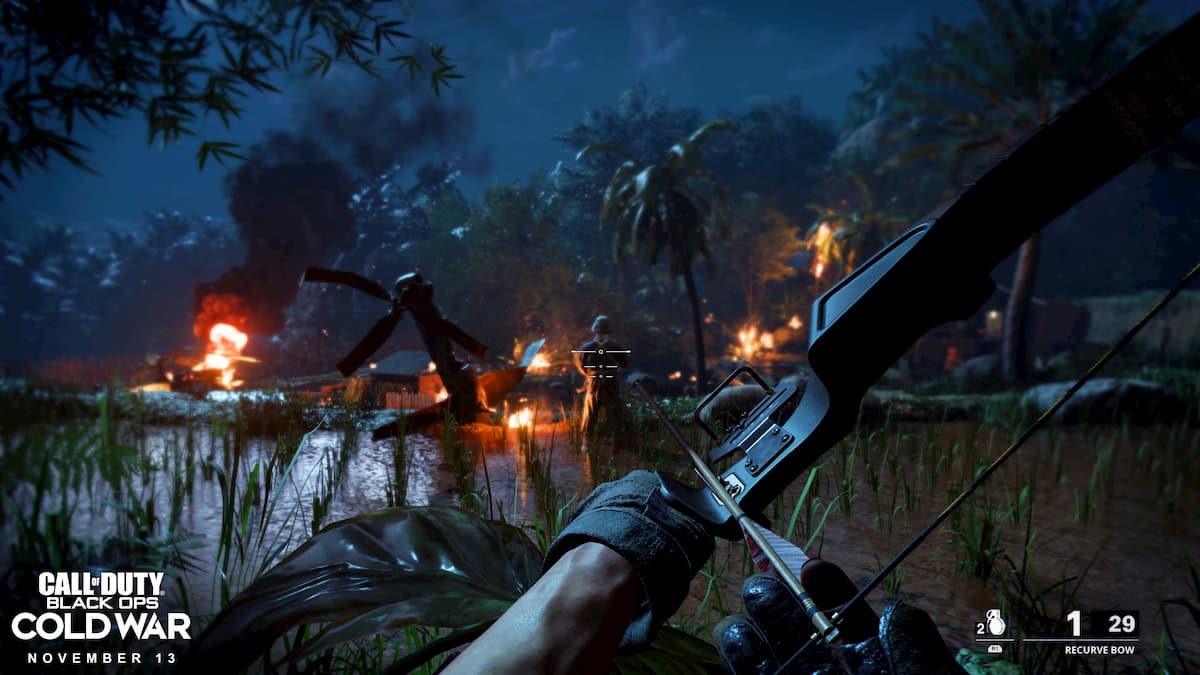 There’s an achievement you can unlock during the Echos of a Cold War mission in Call of Duty: Blacks Ops Cold War campaign. It’ll occur when you have to zipline down with a bow in hand. To complete this achievement, you need to land a well-placed arrow against an enemy while performing this action. It’s easier said than done.

You have a brief opportunity to do it during the mission. One of your two weapons will need to be a bow and arrow available before this portion, and then you can jump on the zipline. Across the way, there will be a pair of soldiers waiting for you on the other side. Ensure you have your bow and arrow equipped at this portion, and then take one of them out. Luckily, the attack only requires a single hit, so there’s no need to worry about going for a headshot.

You’ll unlock the achievement shortly after landing the hit, so you’ll know when it happens. If you miss it at this part, you will have to start the mission over again and make another attempt. For those struggling, try to wait until you’re almost off the zipline to land the shot. You don’t want to make an attempt too early, or you’ll surely lose your shot.