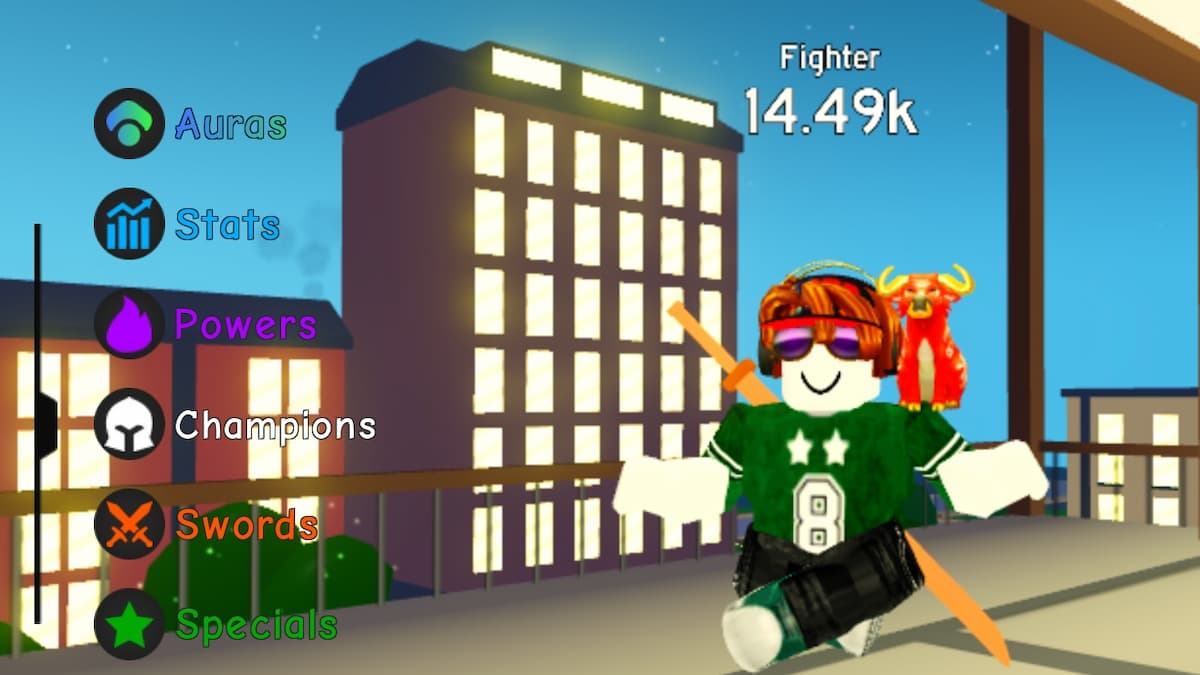 Roblox’s Anime Fighting Simulator can be a challenging game to explore if you’re just starting. In most lobbies, fighters will discover others with power levels far into the millions, but that shouldn’t stop you from training and eventually becoming a worthy competitor. As boosting each of your fighter’s skills will grow your overall rating immensely, here are the fastest ways to earn XP for each skill move and hold a power level well into the thousands in just a matter of minutes.

Use yen and points of interest for instant boosts

Technically, the fastest way to boost your overall level is through the Stats page when clicking on the green avatar button. Through this, you can check the actual levels of each of your particular skills and spend yen to boost them. When starting, purchasing skill levels may cost as low as 100 yen, but the price will spike once skill levels reach the thousands. Don’t fret; once this happens, look for points of interest on the map that allow you to train once your skills are powerful enough. By training at places like gyms and spirit trees, your fighter will earn up to five times the XP they usually gain when fighting or meditating.

Now that you know yen is the key to strengthening your fighter, you’ll now need to find a way to make tons of yen without spending any Robux. Firstly, outside the tutorial hub, you will run into a giant prize wheel that can be spun up to ten times. Prizes include various amounts of yen but also feature XP boosts and valuable cosmetics.

When your prize wheel yen is spent, players should look to enter one of the Anime Fighting Simulator’s codes. You can input these through the Twitter icon in the bottom left scroll menu, and there are over 40 that will grant you about 500 yen each on average.

Boosting speed and agility via Settings

Some can play for hours and never know that a super simplistic way of leveling up is by increasing your walk speed and jump power without reaching a certain overall level. You can discover these options by clicking on the orange setting button within the menu on the bottom left. Increase both of these until it says that a high power level is needed to advance. Once this is done, running and jumping will be much easier to perform, and Speed and Agility XP will be gifted at quicker rates.

As shown above, simply by pressing numbers one through four on the keyboard, your avatar will activate one of their attacks and earn XP while doing so. Aside from running and jumping, meditating and swinging your sword will give you at least an additional 1,000 levels if you do each of them for only a few minutes. However, as various swords lend an XP multiplier every time you swing them, speak to nearby shopkeepers on the island to purchase blades with high bonuses.