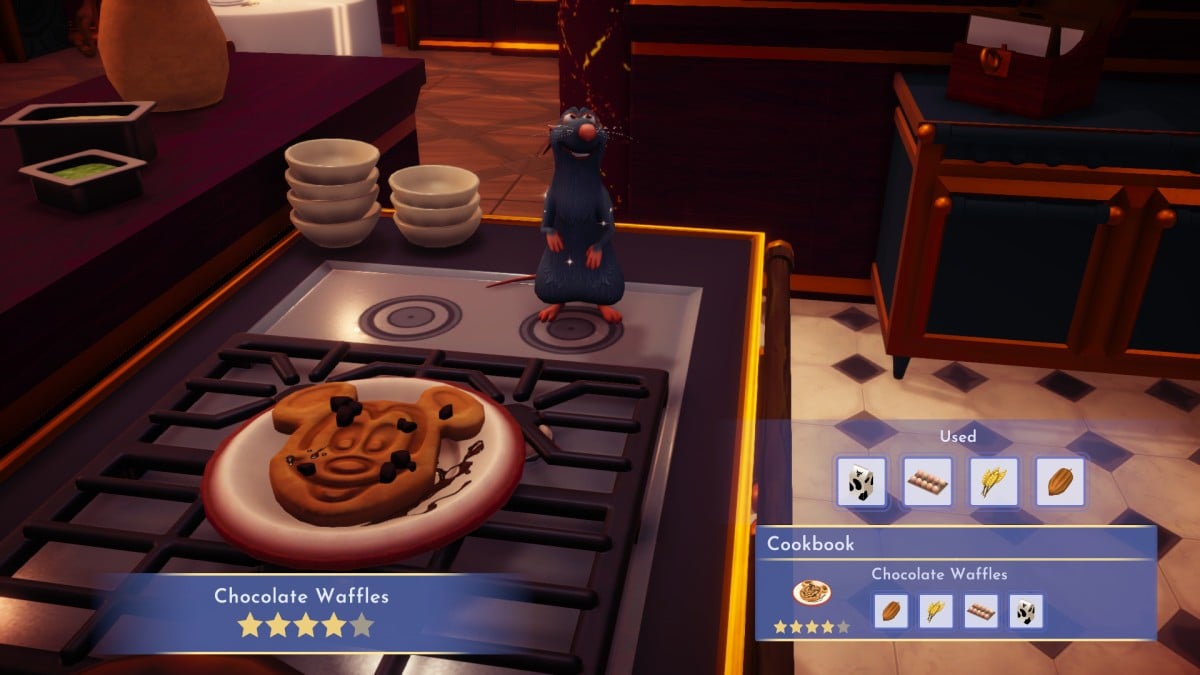 As you progress throughout your fairytale fantasy in Disney Dreamlight Valley, you will eventually discover more and more recipes to cook. Every dish you make only isn’t made to be eaten as you can even sell them for Star Coins or you can give them to other residents. Morning meals are especially abundant and none are more recognizable than the breakfast staple, Chocolate Waffles. Here’s how to make Chocolate Waffles in Disney Dreamlight Valley.

Related: How to make Caramel Apples in Disney Dreamlight Valley

This tasty breakfast dish is a 4-star recipe that is made up of the following four ingredients:

Wheat is the easiest ingredient to acquire for this recipe because it can be purchased immediately at Goofy’s Stall in Peaceful Meadow for the cheap price of three Star Coins. You can also opt to grow them instead by buying Wheat Seeds for one Star Coin each. You won’t need to wait too long for them to be ready as it only takes one minute for the seeds to sprout.

The next two ingredients, Egg and Milk, can both be purchased at the Chez Remy pantry for 220 and 230 Star Coins respectively. Keep in mind, though, that Remy’s second quest has to be finished first before he starts selling anything at his restaurant.

Last but not least, Cocoa Beans can be found growing on trees throughout the Sunlit Plateau and Glade of Trust biomes which can be unlocked for 7,000 and 5,000 Dreamlight respectively. Each tree harvested also yields three Beans so you’ll have plenty left in stock for other meals that require this ingredient.

Chocolate Waffles can be sold for a decent price at 735 Star Coins. However, its true value lies in the amount of stamina it restores as it provides 2,223 Energy when consumed.