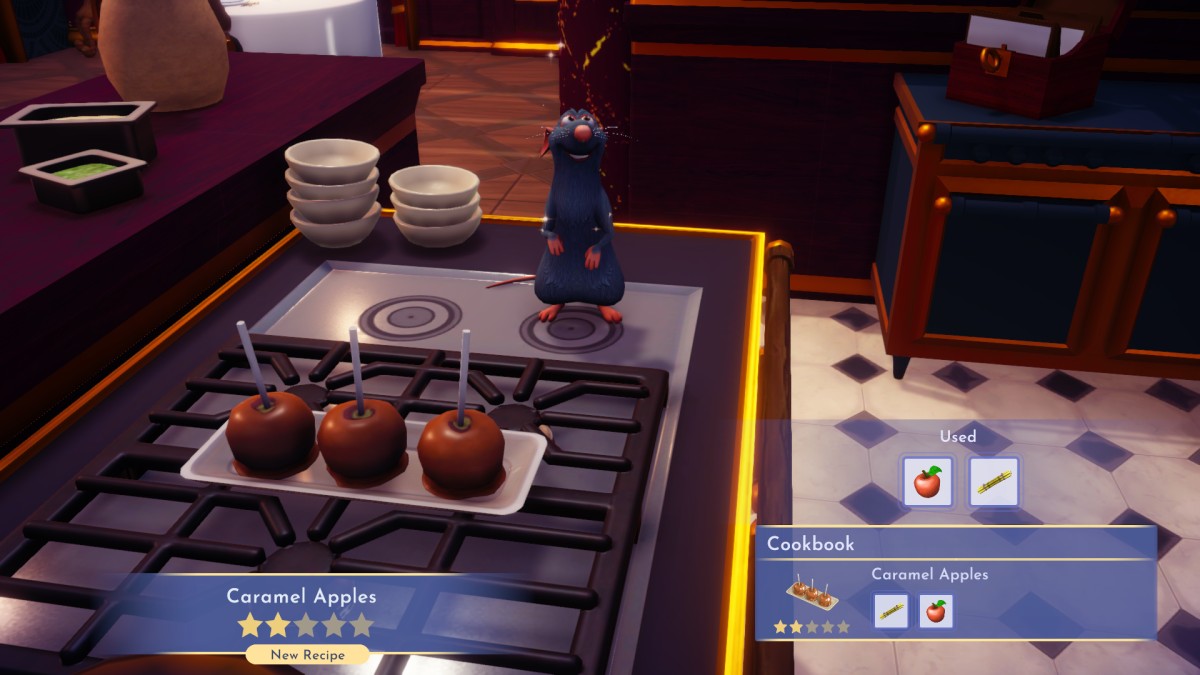 Sweet treats are a common sight in Disney Dreamlight Valley’s list of recipes. Plenty of different ingredient combinations can be experimented with to create a variety of mouth-watering desserts. A particularly sugary example that can be made in the game is the Caramel Apple recipe which we’ll be showing you how to make.

Related: How to make Lemon Sorbet in Disney Dreamlight Valley

This dish is a popular delicacy commonly purchasable in carnivals. In the game, however, you’ll be able to cook it any time as long as you have the following two ingredients required to make it:

Apples are one of the easiest and earliest ingredients you can acquire in Disney Dreamlight Valley. They can be harvested from trees in the Plaza which can be found on the left side of your house and beside Scrooge’s store. If you happen to run out and there aren’t any trees that can be picked, you can also purchase it for 50 Star Coins at Goofy’s Stall in Peaceful Meadow.

On the other hand, acquiring Sugarcane takes a little more effort because you will first need to unlock the Dazzle Beach biome for 1,000 Dreamlight. Once it’s been opened, you will also have to pay 1,000 Star Coins to Scrooge to have Goofy’s Stall reconstructed where it will be available for purchase. Both fully-grown Sugarcane and Sugarcane Seeds are available for sale at the stall for 29 and five Star Coins respectively. Its seeds also grow very quickly at only seven minutes.

Keep in mind, though, that this dish doesn’t exactly yield the most profit as it only sells for 56 Star Coins, which is less than twice the amount of a single stalk of Sugarcane. However, it does restore a respectable amount of stamina at 638 Energy when consumed.