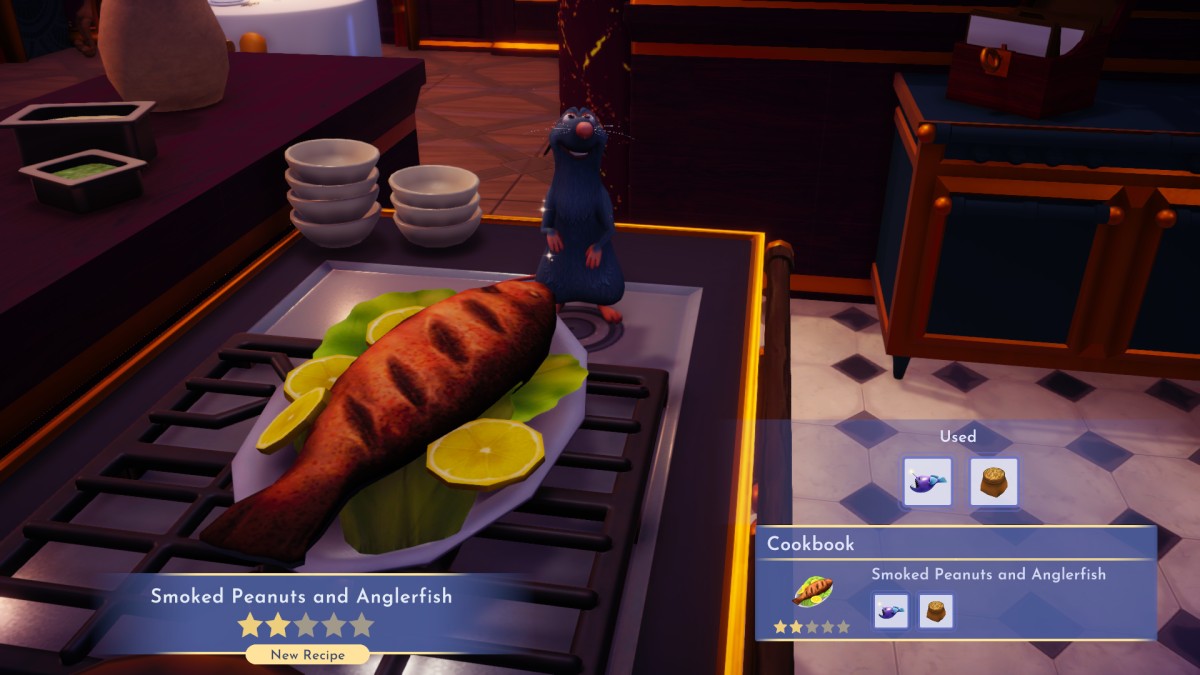 Disney Dreamlight Valley’s extensive list of recipes contains dishes that range from the most realistic recreations to extremely imaginative inventions. One meal that stands out for its use of a particularly exotic ingredient is the Smoked Peanuts and Anglerfish entrée. This intimidating looking fish happens to have one of the highest sale prices in the game and including it in a recipe such as this only helps increase its value.

Related: How to make Carp Salad in Disney Dreamlight Valley

Even though this dish can be sold for the high price of 2,200 Star Coins, it is surprisingly only made up of two ingredients:

Anglerfish can be caught by using your Fishing Rod in gold fishing spots at the Forgotten Lands biome. It’s important to keep in mind, though, that this biome is the most expensive area to unlock in the game because it costs 15,000 Dreamlight. You would also need to unlock the Sunlit Plateau biome first for 7,000 Dreamlight so you’ll have to spend a lot of time accomplishing Dreamlight Duties to gather the necessary amount.

On the other hand, Peanuts are relatively easier to acquire as they can be purchased at the Chez Remy pantry for 200 Star Coins. However, you will have to finish Remy’s opening three quests first before it will be made available for sale. You will also have to spend 3,000 Dreamlight to unlock the Ratatouille Realm in the Dream Castle if you didn’t choose it as the first area to open.

In addition to the large number of Star Coins this dish provides when sold, it also restores a significant amount of stamina when consumed as it provides 3,960 Energy, which is enough to fill your Energy Bar twice over.