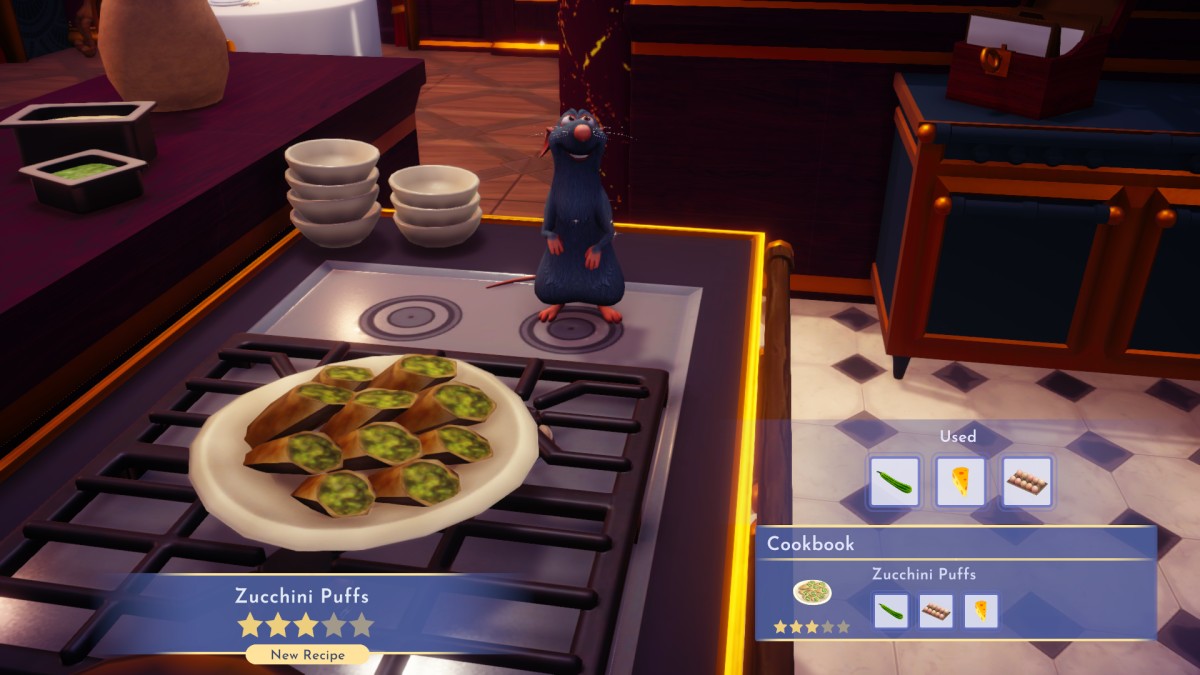 The Zucchini Puff recipe is one of the many variations of the basic Puff Pastry dish in Disney Dreamlight Valley. Though a majority of its ingredients are similar to that of other related meals, its core component and the one it’s named after is one of the harder ones to obtain in the game. With that in mind, here’s how you can make Zucchini Puffs in the game for yourself.

Related: How to make Veggie Skewers in Disney Dreamlight Valley

This meal is a 3-star appetizer which consists of the following ingredients:

The first and most important ingredient, Zucchini, can be bought at Goofy’s Stall in the Sunlit Plateau biome. You will need to collect and spend 7,000 Dreamlight in order to access this area and Goofy’s Stall must also be repaired afterwards for 3,000 Star Coins. If either Zucchini or Zucchini Seeds still aren’t available after it’s been reconstructed, you may also have to purchase the stall upgrade for another 7,500 Star Coins.

Next, Cheese and Eggs are both available for sale at the Chez Remy pantry for 180 and 220 Star Coins respectively. Before you can buy ingredients from Remy’s restaurant, however, you’ll have to finish his second quest called A Restaurant Makeover first. It’s also important to note that you may have to spend 3,000 Dreamlight to unlock Remy at the Dream Castle if this wasn’t the first Realm that you opted for.

If you’re looking to sell this dish, it does have a moderate sale price of 632 Star Coins but when you factor in the total cost of the three ingredients, it isn’t exactly the most profitable recipe. Its energy restoration amount more than doubles its Star Coin value, though, as it provides 1,216 Energy when it’s eaten.