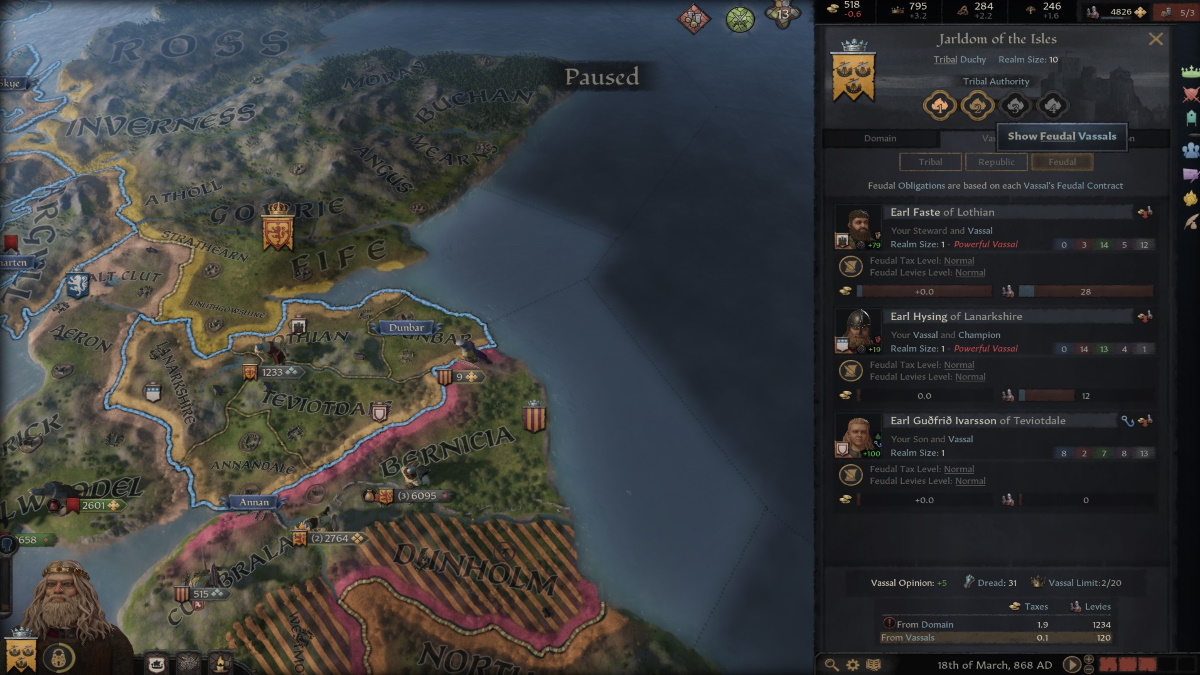 When you have a feudal vassal in Crusader Kings 3, you can modify the vassal’s arrangement with you called a feudal contract. The contract determines how many levies and taxes that vassal gives to you. It is also made of what rights they have, whether they can declare war, revoke titles, or have succession rights to titles your ruler maintains. It’s usually a straightforward contract between the two of you. But you have the choice to modify it to benefit you or determine a clear line of succession between you, the vassal. Forcing it is tricky, though.

You can see what vassals have a feudal contract with you from the realm management page. It should be the green crown on the right side of your UI. Click on it, and the middle category contains all of the vassals you control. Pick the Feudal option underneath that, and you should see what vassals have contracts with. Right-click on a vassal from this list, and under Vassalage & Court, you should see an option to modify the feudal agreement.

Now, you have the option to modify and change most sections of the contract at any time. You can increase their taxes to you, how many levies they offer, or any of your culture’s special ones. However, doing so, primarily increasing how much they give you, lowers their opinion of you and is seen as an act of Tyranny. An act of Tyranny is usually against your faith’s doctrines. It negatively impacts in the eyes of your other rulers who follow your religion. Some vassals may fear you because of it. It also increases the chances of them choosing to rise against your rule, pitting you in an internal war.

A good option is to wait until you gain a weak hook with this vassal. The hook can come from learning a secret, providing them a favor, or assisting them when asked you to. The notification involving them usually tells you if you gain a weak hook with them. When you do, feel free to cash it in to increase their taxes, the number of levies they provide your army, the other contract options.

It’s better to wait for the weak hook to happen than it is to outright change the laws. The more levels of Tyranny you have, the more chaotic your realm becomes.