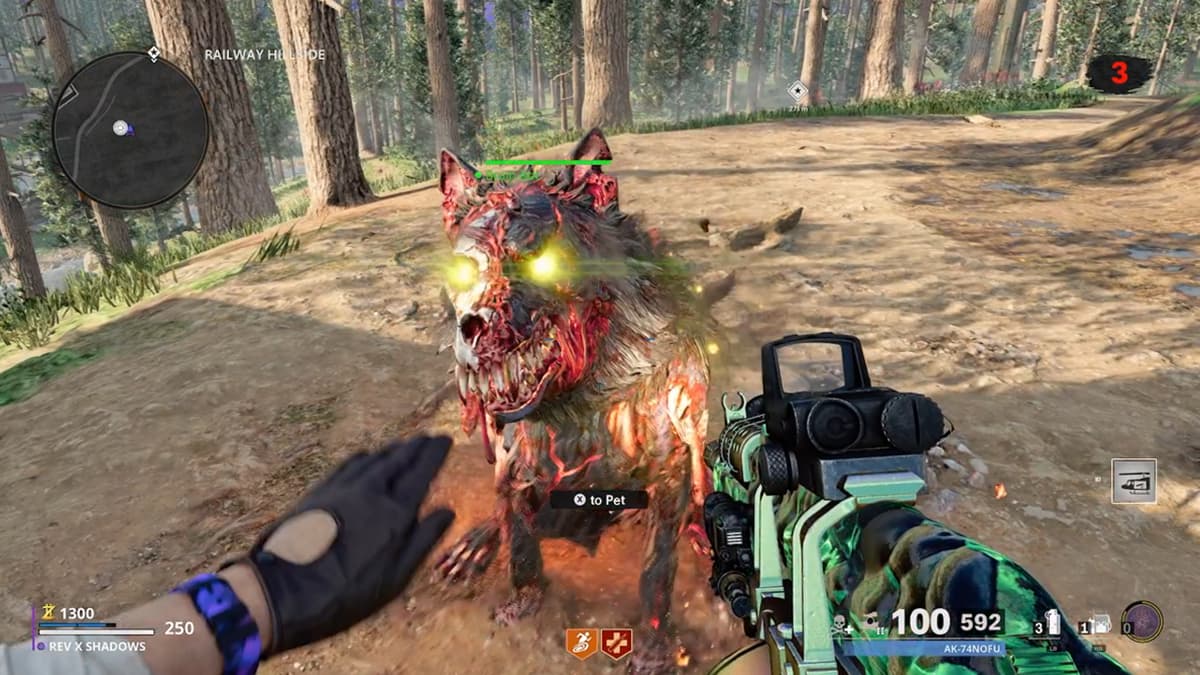 Hellhounds and Plaguehounds are two iconic dog enemies in Call of Duty: Black Ops Cold War that bring a different threat to the game apart from normal and special Zombie enemies. In Die Maschine, Plaguehounds start appearing with the usual dog rounds that start with the announcer pronouncing “Fetch me their souls,” and Firebase Z will spawn in Hellhounds at round 25, who will explode in fire when they get close to you. Both canine enemies also appear in Outbreak, bringing their usual toolsets as they randomly spawn.

When you encounter Hellhounds or Plaguehounds in Zombies, you usually do not have much of a chance to stop and think. They continuously lunge at you and explode, harming you over time. However, if you have used the Pack-a-Punch machine to give your weapon the Brain Rot ammo mod or have the Elemental Pop perk, you can turn one of these enemies to aid you and attack other zombies.

While the dog has the Brain Rot effect, they will attack any surrounding enemies for about 15-20 seconds. However, if there are no enemies in the area, they will sit back. Walk up to them, and you can interact with them. You will pet them for being a good dog and gain 50 free points for it.