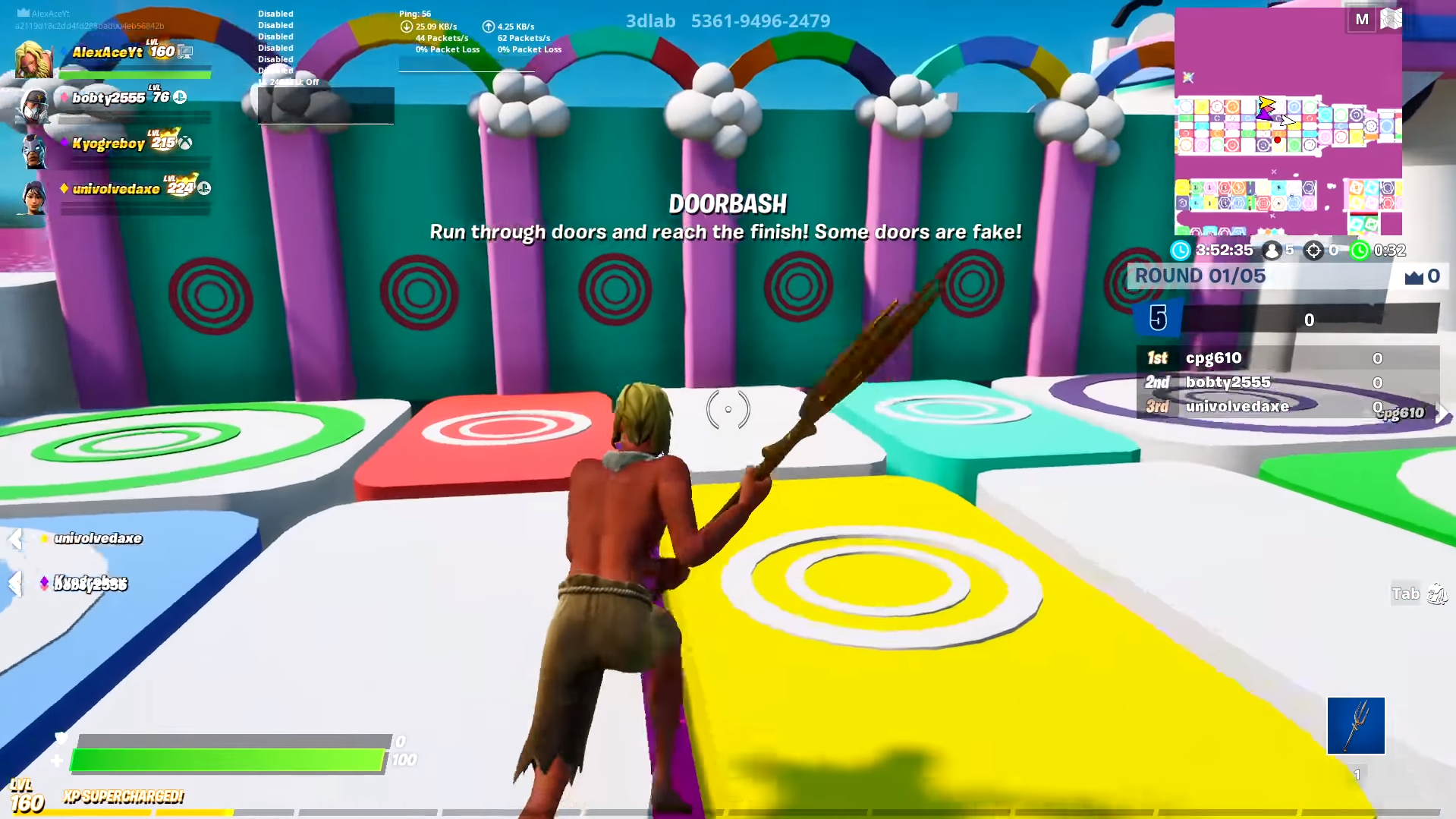 Fall Guys was released just a few weeks ago and the game is already the next big thing in the gaming industry. The game is free for PlayStation Plus subscribers and the fact that it is the most downloaded game on PlayStation Plus and has witnessed over 7 million purchases on Steam speaks volumes about the game’s popularity. It seems like the game’s craze is extending to other games, and Fortnite now has a Fall Guys game inside it.

Fortnite’s Creative Mode is one of the most exciting aspects of the game, as it a sandbox that allows players to create anything they want inside Fortnite. Players are utilizing the Creative Mode to recreate the levels of Fall Guys: Ultimate Knockout in Fortnite. While some of the levels are unique, it also includes the likes of Door Dash, Tip Toe, and Slime Climb, among others. Not only that but in some of the maps, players have also managed to create the characters in the game as well.

To play Fall Guys in Fortnite, you need to start Fortnite and in the Menu screen, instead of selecting Battle Royale select Creative. Click on Play, and then you will reach an area with a lot of portals. Interact with the featured portals, and a keypad will appear. Enter the code: 3958-4575-1075 to access the Fall Guys Map.

The Creative mode will help players who don’t own the game to try out their hands on the game. With so many maps and levels out there, it makes it a viable choice for players who Fall Guys as well.