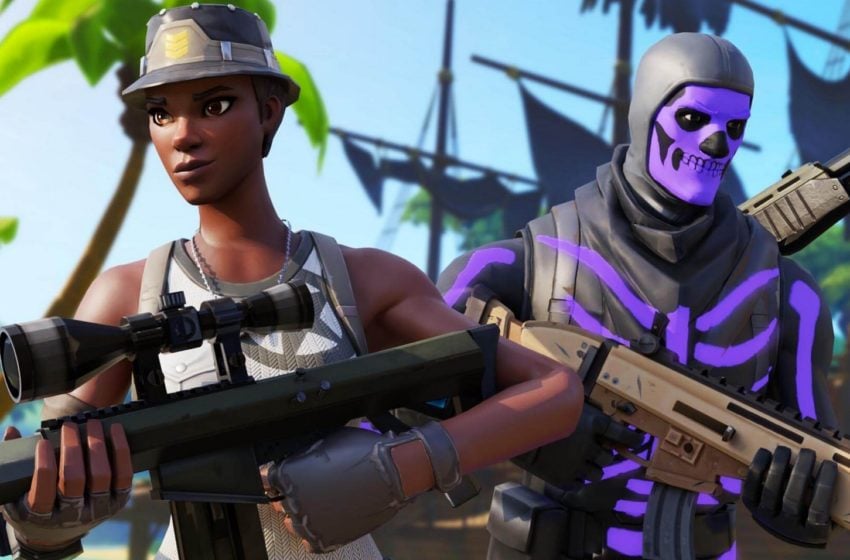 There are many benefits to playing against one other player in a game like Fortnite: you can help hone your skills in a 1v1 situation and settle a beef with another player.

When the Creative Mode was released for Fortnite, it presented a great opportunity for players to design maps and games to pit you against another player. To find the best, you would have to dig through quite a bit of content and find the codes to get to them.

Or you can just stay right here and read up on what we believe to be the five best 1v1 codes for Fortnite.

A clean, simple map: the game starts you both with a starting weapon. These will be randomly generated, though, based on something that you would likely find in the middle of the real match. You’ll then just blast away at each other, no building involved.

The circle closes so that each match can last up to 10 minutes, meaning that you can quickly and efficiently get through a game. The map looks just like something you’d see in the real map, meaning that it all feels right, despite the lack of building.

This is one of the newer maps that has come out with Chapter 2: Season 3. However, it’s not officially available in Creative. This means you’ll have to open a bunch of chests on the map and also enter the map into Creative fill for it to show up.

It’s a clean map that offers little distraction; it’s all about beating the other player in any method you can. It allows for building as well, so you can practice that alongside your shooting and killing skills.

This map features some not very realistic features, that are nonetheless fun to play around with: a double jump, ability to change your skin color, and even the ability to turn yourself invisible.

However, there are some practical reasons to use this map: you can pick from a wide variety of weapons and pickaxes to choose the kind of loadout you want. You can even customize the background of the map to your liking. If you and your opponent build too much, there is even a button to break it all down.

It offers both fun and practical reasons to dive into this one.

One of the most simple, pure 1v12 experiences you can look for in this game. The map is level and puts both players on equal ground. If one player dies, the other one will respawn with them in a new 1v1 area.

To get weapons, you can go to the weapons gallery where you can pick up whichever weapon catches your fancy.

The map will give you some quality-of-life improvements, giving you a grappling hook to help you if you fall off the map, an FPS booster, and an auto-destruct ability. There is also no fall damage or jump fatigue, which can keep the game pace at a high level.

If you want something simple, clean, and gives off a real Tron vibe, this map is a perfect choice.

In the middle of the map are two ramps, where you will start out your battle to the death. Underneath is where you will find the weapons you’ll choose from and a bouncer that will take you up top to fight. Much like others on this list, there is also a button you can press to destroy everything to take it all back to square one easily.

It’s a very simple map that will win you over with how visually gorgeous it is.

What could be better than duking it out with another player in space with a dragon as your battleground?

Taking place on a massive, crystal dragon, the map is relatively small and somewhat terrifying to navigate, but the ability to build makes the map open up in several ways, making for an interesting and fun time.

In a run-down temple, floating over the ocean, this map is much brighter, much more vibrant than many other maps on this list. With the islands floating around you, the entire landscape is something to behold.

In terms of gameplay, it offers you the basics: building, shooting, and a smaller area to fight it out in. With the cramped quarters, you will have to really hone your skills to make it out on top with the win.

Live out your biggest Revenge of the Sith fantasies when you fight in a volcano, over the molten, hot lava.

It’s a great setting to feel like you are in an action movie, giving every fight a pretty thrilling feel to it. Building allows you to branch out from the map already there and open it up as much as you want.

Another galactic vista awaits you on this map, with a big mansion floating in a star-studded sky. With ramps taking you up to the top of the house and bouncers/weapons for you to find.

You can also get on the Battle Bus to get to the surrounding islands around you, so don’t feel like you are confined to just the house. This offers you other places to fight and give you the best view of the mansion against the backdrop of space.

Who doesn’t love a good Star Wars reference? This map takes place on the iconic X-Wing from the classic series. It’s small, yes, but it works. The map’s small size allows you to focus on the fight and the enemy in front of you.

We also have to say that the laser beans coming off the ship’s cannons are a nice touch.

All of these maps are perfect for taking another player on, each providing a different experience and capabilities.