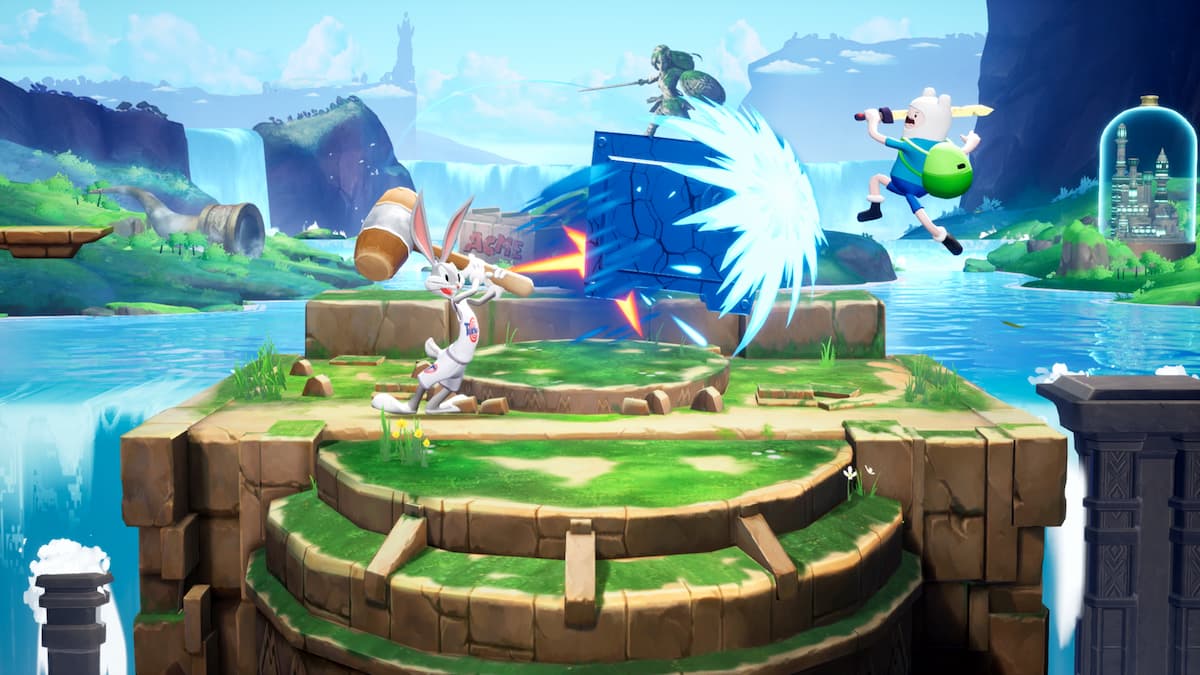 Finn is the (supposed) last human from the Adventure Time TV show and has come to MultiVersus along with his big bro Jake the Dog. Playing the assassin role within the game, Finn’s move set revolves around quick horizontal attacks (both on the ground and in the air), projectile denial, and maneuverability. Read on to find out how to best use Finn’s abilities in MultiVersus.

Related: How to play Jake the Dog in MultiVersus – Moves guide, Strategies, Perks, and more

Finn’s key abilities and how to use them

Normally, you want to leverage Finn’s horizontal advantage as much as you can. This applies to fighting both on the ground and in the air. To do this, combo his The Sword Stuff! (Attack + Side) 3-hit combo with a follow-up of Get Skronked! (Special + Side) weaved together. Note that the air variant is a 2-hit combo, then Special. If you’re feeling pressured, add a dodge or two to this combination and switch sides, then continue with the combo. You want to do this while setting up one of your more powerful knockout plays.

High Five, Dude! (Neutral Special) is a very telegraphed attack, especially if you’re looking to charge it up as much as possible before unleashing it on the enemy. However, if you’re quick enough, you can quick-tap it in the middle of a brawl to knock someone away. For the more devastating version — the one you’d charge up — look for an opportunity when an opponent is falling towards you from the air to send them flying. Another good chance to knock out someone comes when the enemy is using a static charge-up of their own, such as Shaggy’s Zoinks! Or Wonder Woman’s Amazon Shout.

Most players make the mistake of trying to overuse Finn’s Backpack Attack! (Special + Up), thinking it’s just like Taz’s Taz-nado. Instead of making opponents wary of it coming, you want to use it sparingly and spring it on them in the middle of a brawl. Note that you need a little bit of breathing space to start it up because it can be interrupted. Then, give them a full-charge hit of your backpack and watch them fly.

Also, and this might be anecdotal, it seems that this attack’s last hit always launches the enemy towards the nearest edge. The air version is much more situational, but you can use it if an opportunity arises to launch someone to the top ringout.

This is a lifesaver tip that very few Finns seem to use. Using Throwin’ Stones (Special + Down in the air) with some coins — which you should always have on you — will leave a Gem item on the ground. This Gem can act as your ‘save position’ that you can use if you’re in danger of getting knocked out and have no other options. So as a last resort, you can try to dash Finn to safety using any version of Special + Side.

Related: Does MultiVersus have cross-progression? Answered

Finn wants to use mobility and attack/damage perks as much as possible. For example, his own Wildcat Brawler and Speed Force Assist are great ones to stack with an ally. A super strong perk that synergizes great with Finn’s kit is Percussive Punch Power, which is by default available to Arya and Garnet, but other characters can cross over to bring it to Finn as well.

For his signature perk, On the House! is a good all-around survivability option that doesn’t require the micromanagement aspect of Going Out of Business.