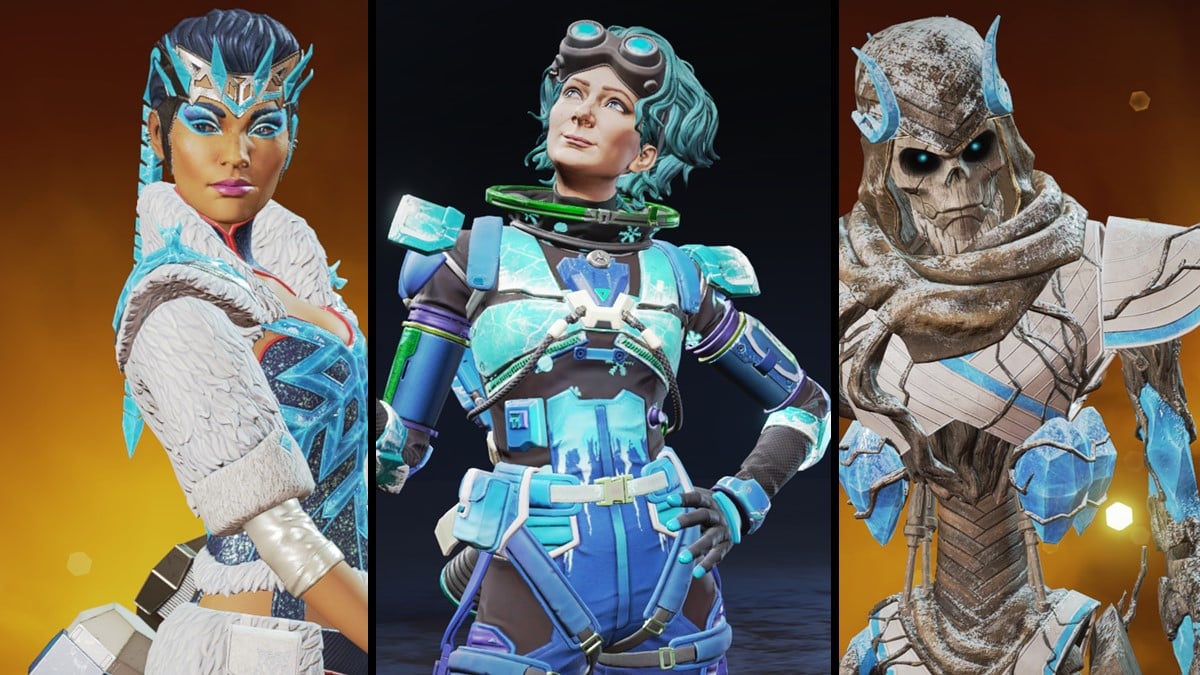 With the return of Winter Express Limited-Time Mode in Apex Legends, many players have been sticking with their mains or going for trap-heavy characters like Caustic. That said, four legends have never been in the LTM before, as they’ve been added to the game after season 3.

We’ve spent the past week playing every ‘new’ character on Winter Express and figuring out the best utilization of their abilities so that you don’t have to. Here are the best ways to play Revenant, Loba, Rampart, and Horizon on Winter Express.

While Revenant is a very aggressive playstyle in the main game, he is very much more tactical in Winter Express. Planning when to use his abilities and how close you are to his ultimate are key factors in bringing your team to success with this handsome hunk of metal.

Passive (Stalker): There isn’t much climbing or crawling in Winter Express, but at Central Station, being able to climb up the side of the station building is great easy access to get back into the fray after healing or trying to pull a third-party.

Tactical (Silence): Shutting down other player’s abilities in a game type that relies so heavily on close-quarter encounters leaves opponents with nowhere to run and nowhere to hide. Team up on the poor sucker with your allies, and shut them down for good.

Ultimate (Death Totem): This is where Revenant can really shine. Using his ultimate can absolutely decimate a team’s health and resources. If you place your totem in a hard to destroy but easy to access spot (i.e., the roof in Refinery), you can wipe out the whole squad a second time around before they even have the chance to heal.

Support legends aren’t exactly what comes to mind when you think of a more combat-heavy game type where you can’t even revive a teammate, but don’t count Loba Andrade out just yet. She may not hit as hard as the offense and defense legends, but she hits ‘em where it counts.

Passive (Eye for Quality): No loot, no effect. Honestly, the only way this would help is being able to see potentially where an enemy Lifeline opened her care package… which isn’t often. Basically, just play like you don’t have a passive, and be okay with that if you go with Loba.

Tactical (Burglar’s Best Friend): Loba’s jumpdrive is definitely her most useful ability in this mode. It gives the player both a chance to jump away and heal or jump back to the control point fast before another team can claim it. Just be sure to get the timing right, or the round will end before you make your mark.

Ultimate (Black Market Boutique): While you might think Loba’s ult would be just as useless as her passive, the opposite is actually the case. It’s perfect for when you have taken the train because you can use it so that you and your team can round up all the scattered ammo from the previous fight in no time flat.

You ever playing Winter Express and chilling out in the back-end car thinking, ‘Man, I wish I had something to block those windows…’ Yeah. Exactly. Rampart takes some set-up, so she’s best when your team starts on the train, but she’s a whole lot of fun.

Passive (Modded Loader): If Rampart is kitted with an LMG, this passive will help a lot. That said, the kits change every day, and some days you won’t get so lucky. It is possible to plan to trade guns with a teammate, but that will probably take more effort than it’s worth.

Tactical (Amped Cover): Rampart’s walls are one of the best on-train set-up tactics in the game mode. In fact, combining Rampart and Caustic makes entering the train so dangerous, it’s not too tough to hold the train for the whole game. That said if an enemy team takes the train: beware. They can use your walls against you.

Ultimate (Emplaced Minigun “Sheila” ): Here’s the thing about Sheila. If you can get the minigun up and have a good amount of cover, yeah, you can blast away the competition. That said, it is challenging to keep safe when you’re manning the turret, even with your team to back you up. Tread carefully, but carry a big gun.

The newest legend on the roster might also be the most difficult to master in terms of the Winter Express. Not to say that she’s no good in the game mode, but her playstyle will have you approaching play with a greater focus on the control point dynamic.

Passive (Spacewalk): Hitting the ground running can be very useful in this game mode. Dropping straight into a battle, however, may not be the best point of action, especially in Fool’s Gulch. On days she is kitted with a sniper, landing on a peak, sniping, then jumping down seamlessly into close-range combat may be the best course of action.

Tactical (Gravity Lift): Here’s a pick-me-up. This ability is pretty useful both for moving onto the train and off of it. Also, a good way to keep a player in an end car off the middle car by placing it in the doorway, so they need to either take the time to move through it or go around.

Ultimate (Black Hole): Horizon’s Black Hole can come in clutch and get you the win without even having to finish the fight. It is most useful in a battle for the center car. If you can pull enemies away from the train for long enough that you can claim it, you don’t even need to go in for the kill. Take your W, and go on your way.

Overall, all of the new legends on the roster add a little bit of something extra to the game mode. No matter your playstyle, there is a good chance one of these legends will speak to you if you want to change things up. It will be interesting to see how this, now assumedly yearly, LTM will continue to shift its meta, grow and shape up over time.

With the success of Winter Express, it will also be exciting to see what this could mean for future non-battle royale LTMs in Apex Legends as a whole: Both as a game, and taking into account things that the developers have hinted to in the past, as a franchise. Only time will tell.