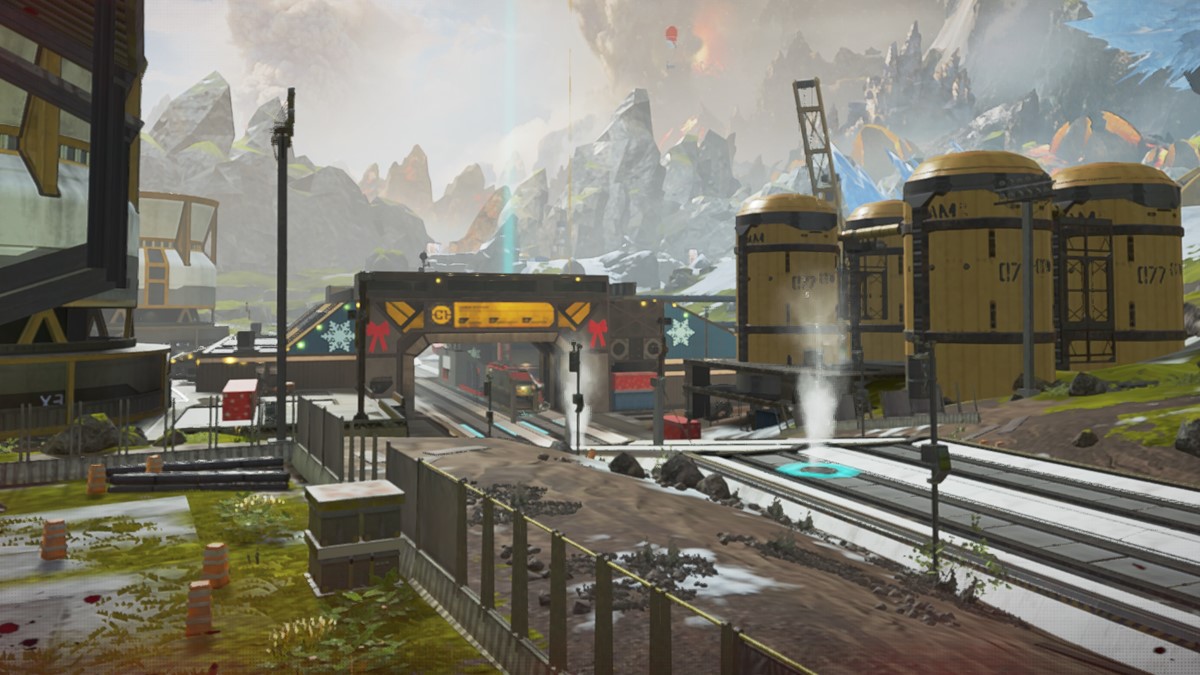 The Winter Express Limited-Time Mode is back in Apex Legends and better than ever. This time around, there are five total stations in the LTM: Central Station, Fool’s Gulch, Refinery, Derailment, and Freightyard. These are the areas of the map where the train will stop moving until a squad has either taken control of the train or ends up as the last squad alive.

All the stations in this mode appear on an older version of World’s Edge, which used to include a working train. Here is a deeper look into all five of these unique train station locations.

Central Station is located within Capitol City, a section of World’s Edge that only players who have been in the game since Season 3 will recognize. Capitol City is what stood on the section of the map players now know as Fragment West and Fragment East. The buildings nearby the station and the open roof over the station are great places to claim the high ground.

Fool’s Gulch is a unique station, as it’s almost entirely open space but at different heights. There will often be a lot of fighting between the two teams off the train before the objective even opens. Sniper weapons will be extremely useful on this station, and keep an eye out for enemy snipers that may try to one-shot you while you are fighting other players.

Refinery is one major Point of Interest that never seems to change too much. This is also the only station named for the POI itself. Similar to Fool’s Gulch, there will be a lot of off-train fighting, especially on the roof of the main building. But be wary, it’s easy to get caught up in a battle and not make it to the objective in time here. Get on the train!

Derailment is a brand-new station. It was added in this year to close the large gap between Refinery and Freightyard. This location is unique in that it has never existed outside of this game mode. A derailed out-of-order Winter Express now becomes cover and a quick escape for players who tend to bounce back-and-forth between the objective and a safer play to shoot from or heal.

Freightyard is an interesting location, because while there is a lot of small cover, there is no real safe place to hide unless you get all the way out to the nearby building. This station is definitely geared more towards the ‘all guns blazing’ type of player than the ‘take it slow and heal as you go’ type. The only real safe strategy here to wait it out and pounce to stay in the dropship longer.

Here is the map detailing all five stations, their distance from each other, and the layout of this old-school iteration of World’s Edge. The train, no matter what, will always move counter-clockwise, and it does not automatically start at Central Station. But wherever it starts, it will follow the same path. The ring exists to limit where players can go, but it will never get smaller.

Overall, each location in this LTM is unique and makes for less repetitive gameplay, but to truly master the game mode, you have to master each location inside and out. Is there a station that’s your favorite?