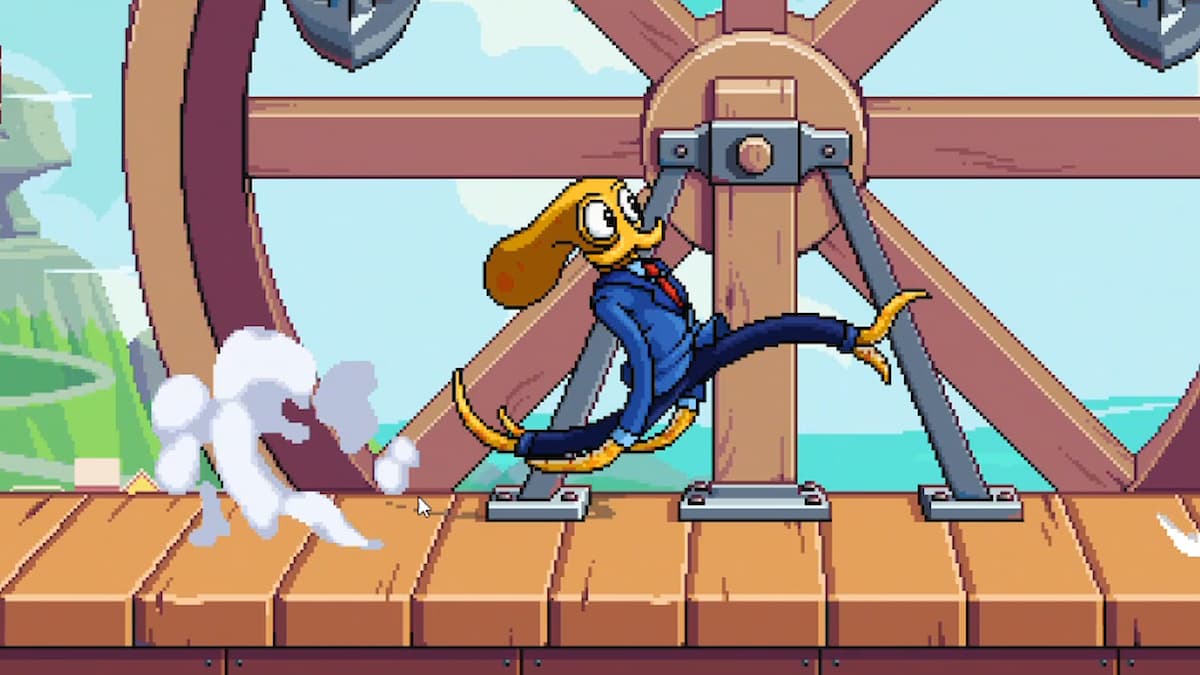 Octodad is one of the four playable characters in Fraymakers, the new indie crossover fighting game that has entered Early Access on Steam. Much like in his original title, Octodad must rely on his flapping limbs to save the day as he bashes foes with his tentacles and flings them around the arena. He might be the most tactical character in Fraymakers, as careful positioning is the key to victory for this slippery mollusc.

Octodad’s fighting style is about making the most of his reach, as his tentacles provide the most extended melee attack range in Fraymakers. These tentacles have a sweet spot mechanic, similar to Marth’s sword in Super Smash Bros. Ultimate, where the tip has a more damaging hitbox than the shaft. In real terms, this only equates to a few extra points of damage with each hit, so players shouldn’t be overly focused on maximizing the damage from sweet spots. This reach comes at the cost of any ranged attacks, but Octodad’s side special is a powerful charging attack that provides heavy armor, making it the perfect choice for rushdown or safely getting out of dodge in the heat of battle.

Where Octodad excels is in edgeguarding and spiking. His crouching attack has fantastic range and speed, so doing it at the edge of the stage can prevent the opponent from being able to get back on. Octodad’s jumping spike also has fantastic range, with a double strike that can easily keep an opponent down. The second hit of his spike can also partially go through the ground, making it a safe choice for edgeguarding. Octodad’s reach also lets him perform long-ranged throws, some of which can launch an opponent off the edge and into a perfect spiking position.

Octodad’s biggest weakness is his lack of recovery moves. His horizontal and vertical specials don’t cover much ground, while his grab requires an exact window to connect with the stage. It’s also easy to be knocked off the level while facing the wrong way, making it hard to land the grab. In Fraymakers, the stage sizes are generally smaller than in Super Smash Bros. Ultimate, so the player doesn’t have as much time to use their recovery moves, which means Octodad doesn’t have a lot of options once he is in the air.

There are two good assist character choices in Fraymakers for Octodad: Captain Viridian and Rhythm Doctor. Captain Viridian provides a safe recovery option, as it flips gravity and shoots the user up into the air, allowing them to quickly get back onto the stage if they fall too low, which helps bypass some of Octodad’s weaknesses. Rhythm Doctor performs a powerful spike attack after seven musical beats have played, which works well with Octodad’s reach and edgeguarding abilities. Octodad needs to hit the enemies with Rhythm Doctor first, so it’s best to use it before launching the enemy and keeping them away with his tentacles.

Octodad’s worst matchup in Fraymakers is CommanderVideo, whose speed and rushdown capabilities allow him to avoid the tentacles and move in for attacks. CommanderVideo also has a slow but powerful ranged attack, which can be deadly when pitted against Ocotdad’s poor recovery skills. Octodad’s best matchup is Welltaro, as his bullet recovery move makes him susceptible to spiking attacks. With this information in mind, the aim of the Octodad player should be to keep enemies within mid-range and whack them from a safe distance to rack up the damage before launching them and edgeguarding the stage to secure a victory. If the opponent gets too close, use his special moves to escape.