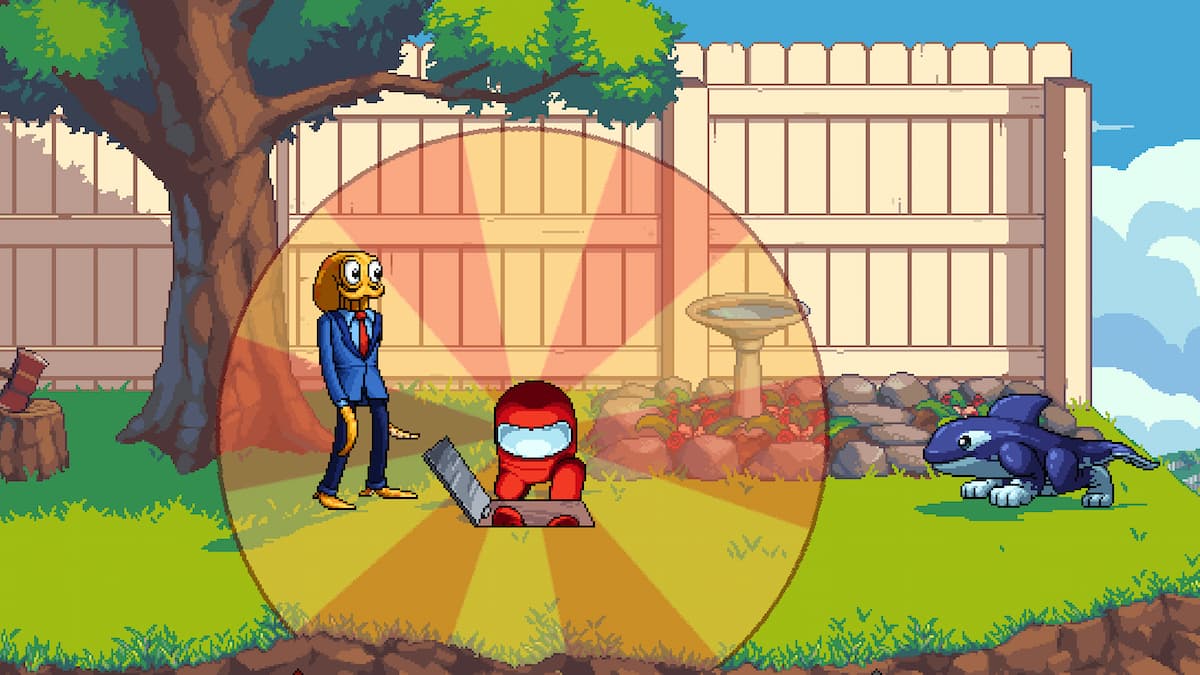 Fraymakers is a crossover fighting game that brings together indie characters like Octodad and Gunman Clive and has them duke it out on the battlefield. The most well-known video game protagonist in Fraymakers is the Crewmate from Among Us, who acts as an assist character rather than a playable fighter. The Crewmate also doubles as the Imposter, as the player can use either version in combat. Here’s how you can call them out them in this brawler.

Related: All playable characters in Fraymakers

Like the other assist characters in Fraymakers, the Crewmate must be selected before battle, and it can only be used when the meter fills up after dealing lots of damage to the enemy. The Crewmate can then be summoned at any time by pressing the assist button, which means players can choose to throw it out straight away and start charging the meter again or save it for a specific point in the battle.

The Crewmate is the most complex assist character in Fraymakers, as it has two different uses, and they’re tied to a strict timer. Once the meter is filled, the player must push the button once to summon a Crewmate or quickly press it twice to create an Imposter. Regardless of which option is selected, the assist will appear next to the one who summoned them, creating a circle of light that lasts for about four seconds.

If the Crewmate is used, the player, and anyone on their team who is still within the circle when the animation ends, will gain resistance to hitlag for a few seconds, allowing them to recover from attacks quicker. If the Imposter is the one that is used, then any enemies within the circle will take unblockable damage from its attack.

The Crewmate has the most uses of any of the assist characters in Fraymakers, but it has some severe drawbacks. The biggest is the countdown that has to play out before either of its effects kicks in, as Fraymakers is a fast-paced game, and it’s easy for allies or enemies to be out of position when the timer runs out. There is a high risk-reward element involved with using the Crewmate, and some players might prefer the fast-paced assists that deal damage or provide an advantage without waiting around.