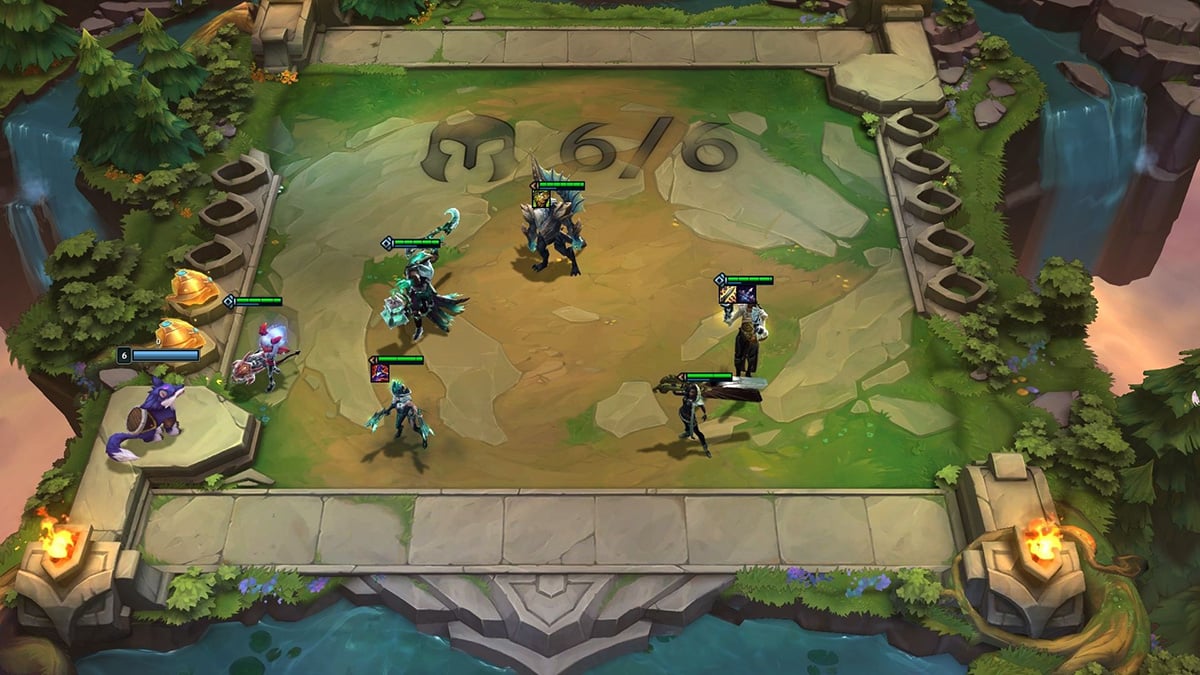 Among the different economic strategies in Teamfight Tactics (TFT), one of the most popular ones is the Slow Roll. It represents the idea of keeping a healthy economy and health total while rolling down to 50 gold each round after certain thresholds in order to upgrade units to 3 stars. Those units are usually 1- or 2-cost units, though Slow Rolling for 3 stars can happen in some meta comps.

This strategy can be especially potent if you manage to find your core units early on and get a head start on your desired comp.  However, the inverse is true too, so playing Slow Roll with barely any units that you need might be a quick way out of the lobby.

Play stage two as normal, but be on the lookout for any strong units that could support you while building up toward that 50 gold bank. You can always sell those units later, but for now, you want to keep any potential bleeding to a minimum.

This is the stage where most Slow Roll comps begin their roll. The exact round depends on the cost of your carry (or the unit that you’re rolling for). For 1-costs, you can start rolling as early as round 3-1, provided you have more than 50 gold banked up and that you have leveled to five on round 2-4. For 2-costs, you may want to wait to hit level six first. And for 3 cost units, it might be best to roll after you’ve hit level seven.

If you have found your 3-star units, your next goal is to reach level eight and round out your build. However, if you were unfortunate to miss your upgrades, then you might find yourself in a bit of a predicament. Your two options are to either keep slow-rolling and hope for the best or take the riskier option to roll down all the way until you’ve found what you need and hope that turns the tide for you.