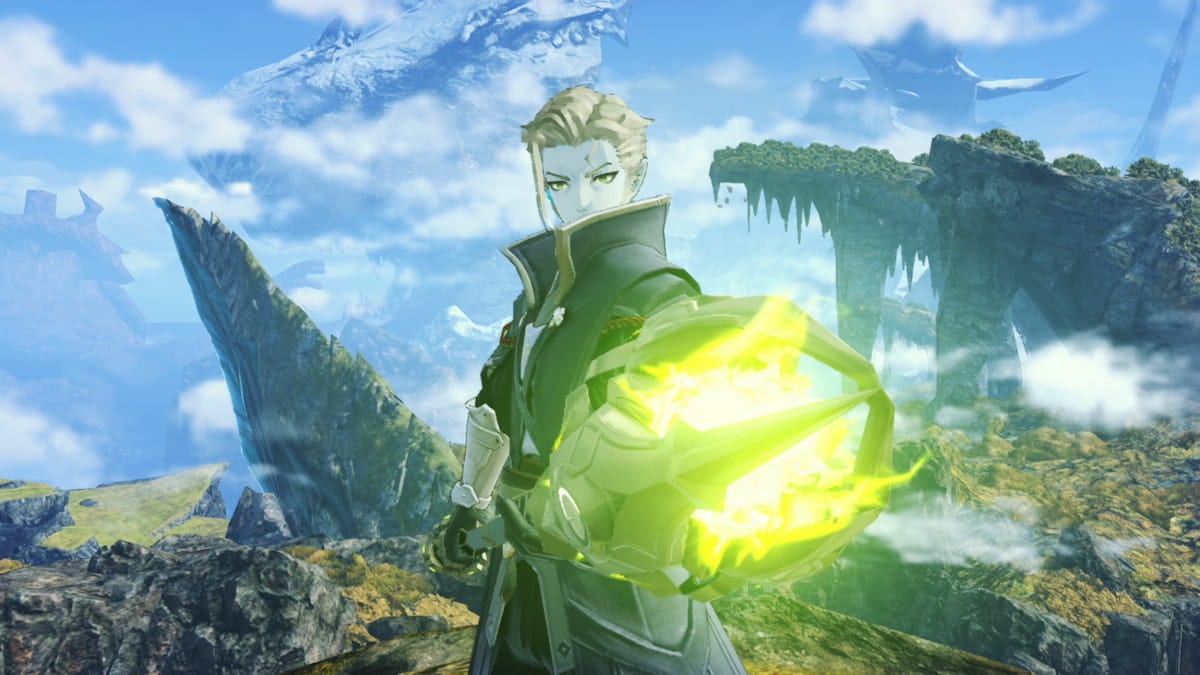 Xenoblade Chronicles 3 features a variety of hero characters that can be convinced to join your ranks. These heroes possess various unique skills and classes worth searching for. Teach is an Agnus hero and a capable healer and damage dealer. This guide will run down the steps to recruit Teach as a hero in Xenoblade Chronicles 3.

Related – All classes in Xenoblade Chronicles 3

Where to find Teach in Xenoblade Chronicles 3

Teach, and other heroes like Gray and Zeon can only be found after completing the chapter 2 main quest, “The Kind Right Hand.” After this quest is complete and your party is free to roam the open world, you can begin your search for Teach. Head to the spot circled on the map below to trigger a cutscene and the start of Teach’s hero quest. This location is north of the Gura Flava Camp, on the western wall of the Aetia region.

After the cutscene plays, you will begin the hero quest “Going Beyond Power.” This quest will require you to head into Agnus territory and visit Mio, Taion, and Sena’s hometown, Colony Gamma. Follow the quest objective to navigate the narrow valleys snaking their way to the colony’s entrance.

How to recruit Teach as a hero in Xenoblade Chronicles 3

After a short introduction, Teach will leave your party to its own devices. Explore the town and speak to the three NPCs with yellow exclamation markers scattered around the assembly yard.

After speaking with these three individuals, you will unlock a topic of conversation to discuss. Use the Rest Spot in town to continue the quest. After more bits of story, Teach will temporarily join your party and ask you to travel a short distance with him. The enemies along the route he gives you are chock full of hard-hitting enemies. As you climb the mountain, Teach will unlock a new traversal ability for your party. The ability to Scree Walk will allow you to climb normally inaccessible slopes.

The finale of this quest will involve two boss fights, and we recommend an average party level of 30. If you aren’t level 30, take advantage of Teach joining your group and fight the enemies alongside the quest route for great experience points and rare items. Along the quest path up the mountain, you will find a Rest Spot. Take advantage of it, and outfit your party for what lies ahead.

After the rest spot, continue up to the mountain, and you will reach a ridge with an incredible view. After a short story sequence, Teach will leave your party and become a boss fight. At the recommended level, this fight is straightforward as Teach doesn’t have many powerful attacks. The fight will end when Teach is knocked down to half of his health. Another member of the Consul will appear before you, and the actual boss battle will begin.

Moebius G is similar to the other Moebius boss encounters. A great party composition for these fights consists of one Attacker, two Defenders, and two Healers. Play as one of the healers and avoid cluttering up with your AI party members in front of this enemy. Moebius G has powerful attacks, but they are all focused directly in front of him. Stay near his flank or behind him to sidestep his area of effect attacks.

After this protracted battle, you will have to return to Colony Gamma. After traveling back to Teach’s base, the “Going Beyond Power” hero quest will be completed. Teach will then join your party and unlock the Healer based Thaumaturge class. This hybrid class is capable of group buffs and powerful Ether attacks. Teach will also grant Mio with this class after he is recruited.