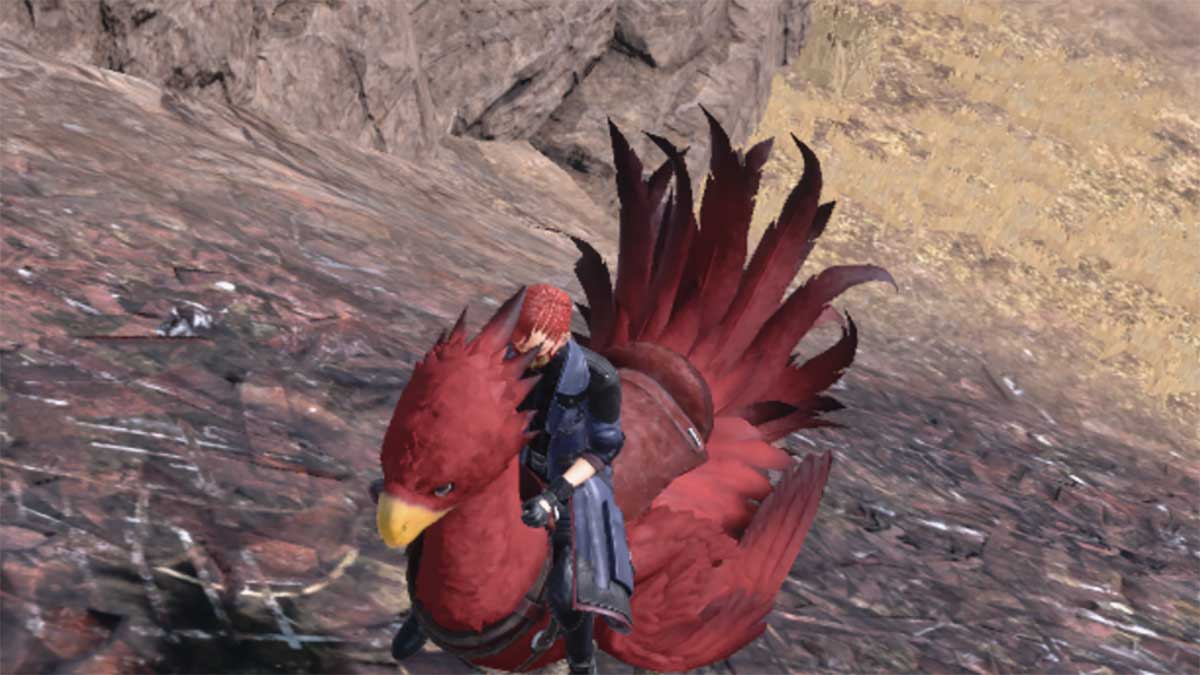 Once you drop into a match in Final Fantasy VII: The First Soldier, you need to travel to the safe zone in every phase to avoid being hurt and ultimately killed by the damage you’ll take outside of the zone. This can be tough in a pinch, particularly towards the end of a match, but not if you have a trusty steed by your side. This guide explains how to ride your Chocobo in the game so you can escape to safety whether you’re running from the zone or another player.

The only way to ride your Chocobo is to summon it at one of the summon points found on each map. These are golden signposts with Chocobos on them that you’ll stumble across as you move around. When you see one, run over to it and tap the Chocobo button that appears on the right-hand side of the screen. This will summon your Chocobo.

Once you’ve summoned your Chocobo, you can ride it to get to places on the map much faster. Your Chocobo can also fight other players, though the amount of damage it deals will be influenced by how you feed them. If you’ve trained your Chocobo to have a stronger attack, there’s a good chance that they’ll kill a low level player in one kick. Be warned, though, if your Chocobo is shot enough, it’ll run off and disappear.

Your Chocobo can also jump, and if you hold the jump button, the bird will soar down from whatever height you leap off of and allow you to fly for a short time. If you’re worried about running into other players nearby, this is sometimes the best way to travel. Of course, this is all possible with a second player riding your Chocobo alongside you as well.