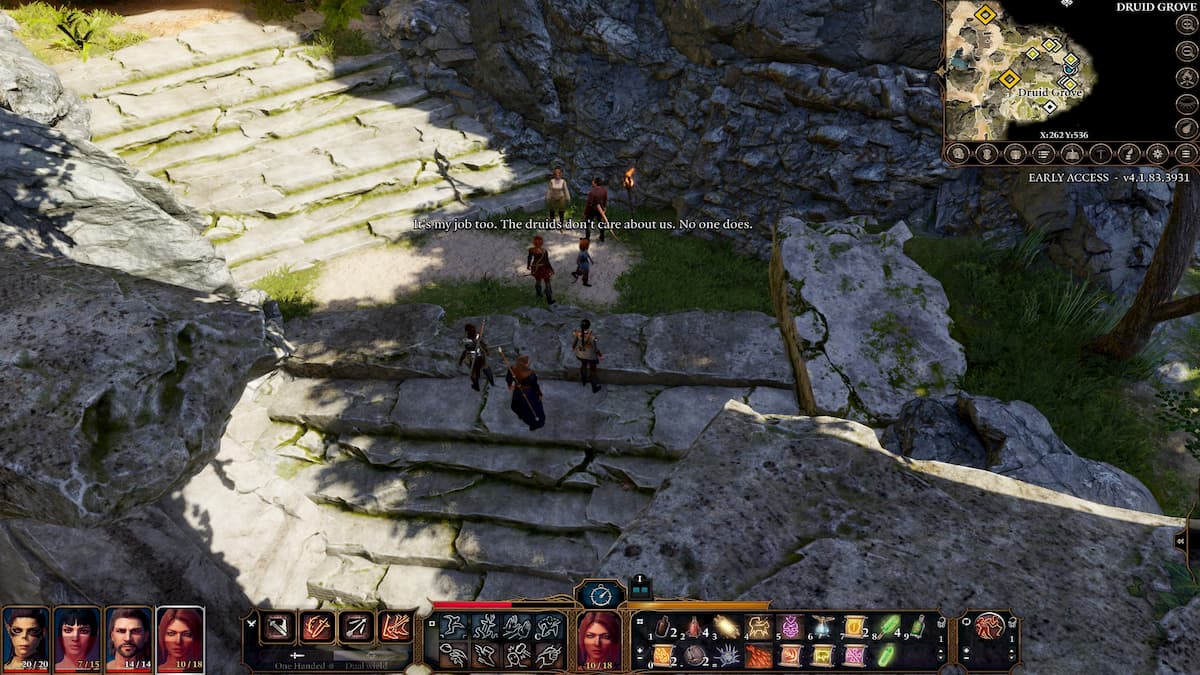 When you make your way inside the Druid’s Grove in Baldur’s Gate 3 and find a large mass of Tieflings attempting to make their way through the druid’s ritual, you discover one of the Tiefling children had been taken. She had been caught stealing the druid’s sacred statue of Silvanus, and because of such a horrible crime, the present leader, Kagha, had decided to dispose of the thieving child. You have the chance to save the child and bring her back to her parents, but you need to make specific choices.

We highly recommend saving right before going too far in the cave where Kagha is. The skill checks are challenging, and we do not look down rolling back a save to receive a preferred outcome.

When you walk into the druid’s cave and watch as Kagha has a horned viper, Teela, is in front of Arabelle poised to strike her. You received four options to pick when you walk in on the scene, learning Arabelle had stolen something from the druids.

Of these choices, we chose to go with the first option, investigating why Kagha’s actual reason to imprison Arabelle. Kagha aggressively calls Arabelle a parasite how she drinks the druid’s water, eats their food, and then shamelessly steals their sacred idol. The other druid, Rath, attempts to convince Kagha to let the girl go. You then receive another four options.

Unless you’re prepared to fight everyone in that room and face down the other druids outside, you’re best staying away from the final option and attacking Kagha. To best save Arabelle, you want to reason with Kagha, and going with the first option to perform a Nature check would also have her see reason. The second choice where you perform a persuasion check. Both checks have the same difficulty rating. But successfully rolling and making these options has Kagha retract from harming Arabelle, and she returns to her family.

Find Arabelle back outside with her family, Locke and Marricko, to ensure she is safe. They give you a cherished locket that gives the wearer the ability to cast dancing lights, an evocation cantrip.