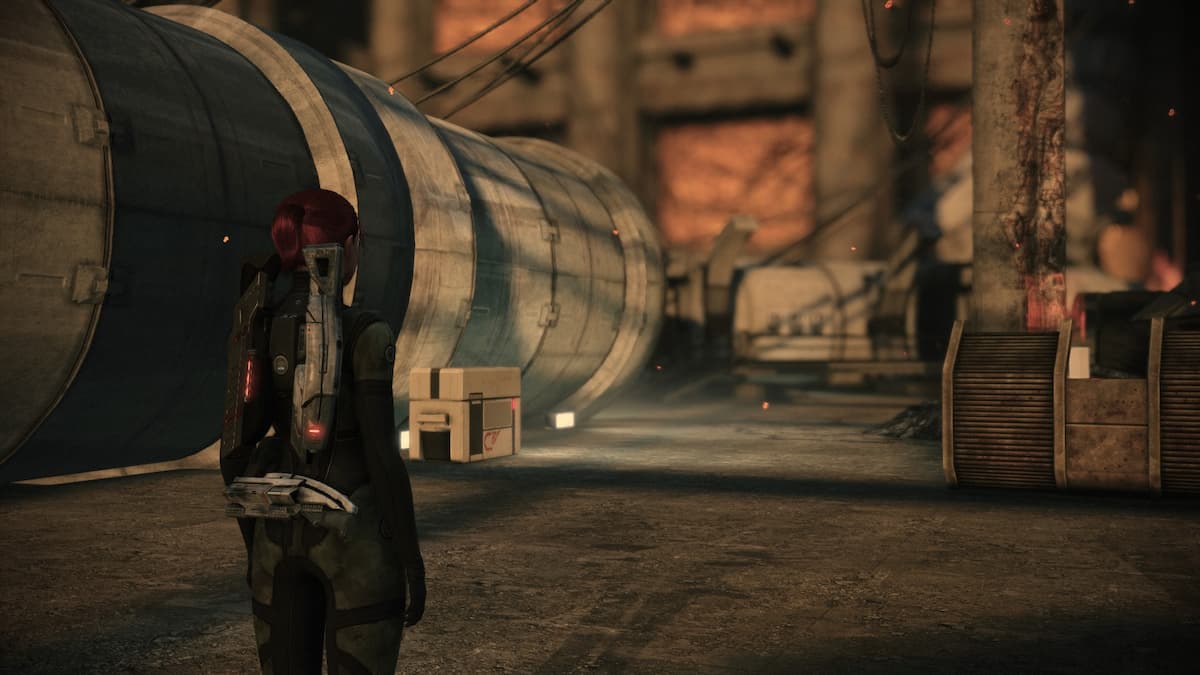 When you arrive on Feros, the colonists of Zhu’s Hope are there to greet you in Mass Effect Legendary Edition, even in a dire situation. The colony is under attack by Geth, and they need your help. Once you’ve dealt with the Geth, you discover the ExoGeni company has known about placing a Thorian creature underneath the colony, slowly infecting them, and corrupting their minds. When you need to reach the Thorian, the colonists’ minds are taken over, and they defend the Thorian. However, after all the dust settles, based on your actions you can save the colony, but there are few things you need to do for this to happen.

How to save Zhu’s Hope on Feros

There are four missions you complete in Zhu’s Hope before advancing the main plot. These are finding the Geth in the Tunnels, Varren Meat, Power Cells, and Water Restoration. These are all side quests you can receive from the colonists at Zhu’s Hope. It’s a way to assist them as they repel the Geth threat and try to survive.

One of the ExoGeo company members you meet at a nearby bunker will become an important component of saving the colony. This will occur on the second time you meet him after you bring Lizbeth back to her mother. Communication would have returned because you brought down the Geth Ship, and now ExoGeni says it needs to purge the colony. Jeong also looked up Shepard’s history, depending on which one you picked at the beginning of the game. However, if you have enough Paragon or Renegade points at a critical moment, you can convince Jeong to continue to assist the colony, funding it further. If you do this, it’s a major way to keep the colony alive. However, if you don’t, then Shepard kills him.

If Jeong does not survive, that’s not a huge problem. You can still save Zhu’s Hope, but the next part of that is crucial.

Knock out all of the colonists

Following the events at the ExoGeni bunker, Lizbeth’s mother provides Shepard with an Anti-Thorian grenade they can use to knock out the colonists. Doing this protects the colonists, despite being controlled by the Thorian and forced to attack Shepard. If you want the colony to survive, you need to use these grenades. Alternatively, you can hit them with a swift melee attack, and that also does the trick, but there are several grenades around the colony as you move towards the Thorian.

Shiala is an Asari the Thorian uses to communicate with you when you speak with it below Zhu’s Hope. After defeating the Thorian, you learn that she was one of the Asari Commandos working under Saren. You have the option to kill her or let her live, and she assists the colonists moving forward. Of the two choices, if you’re looking for the best chance to save Zhu’s Hope, make sure she survives.

These four actions compound on each other, and the more you go out of your way to ensure these conditions are met after defeating the Thorian, Zhu’s Hope will survive. You do not have to check everything off the list and be perfect, but completing more is always better.