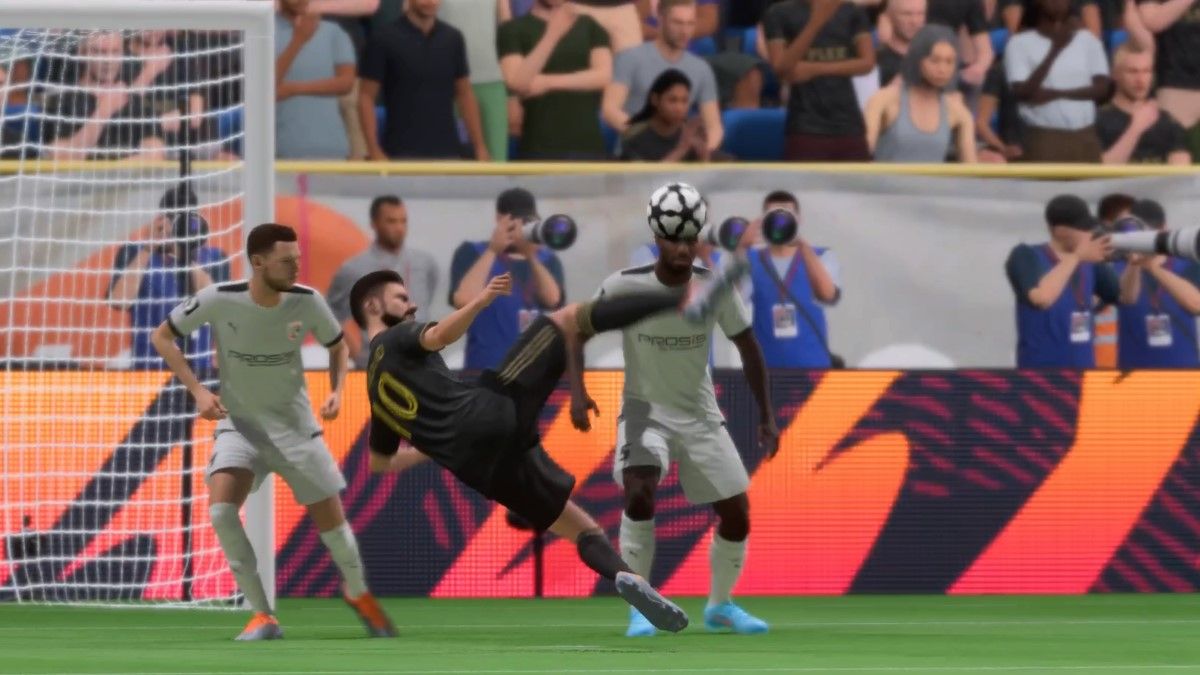 In FIFA 23, a volley is any kick of the ball taken when the ball is airborne. The kick doesn’t have to be first-time — so the player might control the ball in the air with their head, chest, knee, or foot first — in order to count as a volley. And the ball can even bounce off the pitch first, and the kick will still count as a volley. While volleys passes and clearances are certainly possible, the most effective volleys are shots. A volleyed shot is quicker, therefore allowing the opposing defenders and keeper less time to position themselves. And, when struck properly, a volley can have a phenomenal amount of power. Also, some Ultimate Team objectives require you to score goals with volleys, so it’s a skill worth learning.

Related: How to do a Power Shot in FIFA 23

How to volley in FIFA 23

There’s no “volley button” in FIFA 23. Instead, your player will volley the ball automatically if it is airborne and at an appropriate height and distance to do so. So, to take a volleyed shot, press the shoot button (Circle/B with default controls) when the ball is close to your player and airborne, but below head-height.

There are various ways to score volleys in FIFA 23. The most common and effective is to play a cross to a teammate when counter-attacking on the break. If you’re dribbling the ball along the wing during a counter-attack, look across the pitch to see which of your teammates is running into the most space the, when parallel with the penalty area, cross the ball with the right amount of power to reach that player just before it hits the ground. If you don’t give it enough power, it’ll either be intercepted by a defender, or won’t be airborne when it reaches your player. Too much power, and your player will either miss it, or head it. Headers, unless delivered from close range, don’t usually score, and they don’t count as volleys anyway. In some cases, you can make your player volley the ball instead of heading it, simply by letting the ball drop before you press the shoot button.

Another way to score volleys is to play light lofted passes inside your opponents penalty area. It’s quite difficult to get the power just right, and the chances of the pass being intercepted are quite high, but if you get it just right, the player receiving the pass will be able to unleash a powerful volley that’s quite likely to beat the keeper and hit the net.

Finally, look out for opportunities to score long-range volleys when taking corners. If a defender clears the corner with a header, the ball is quite likely to come down close to one of your players waiting in space at the edge of the penalty area. It’s difficult to score these because there are so many bodies in the way, but they’re spectacular when they go in, and they’re always worth a try.