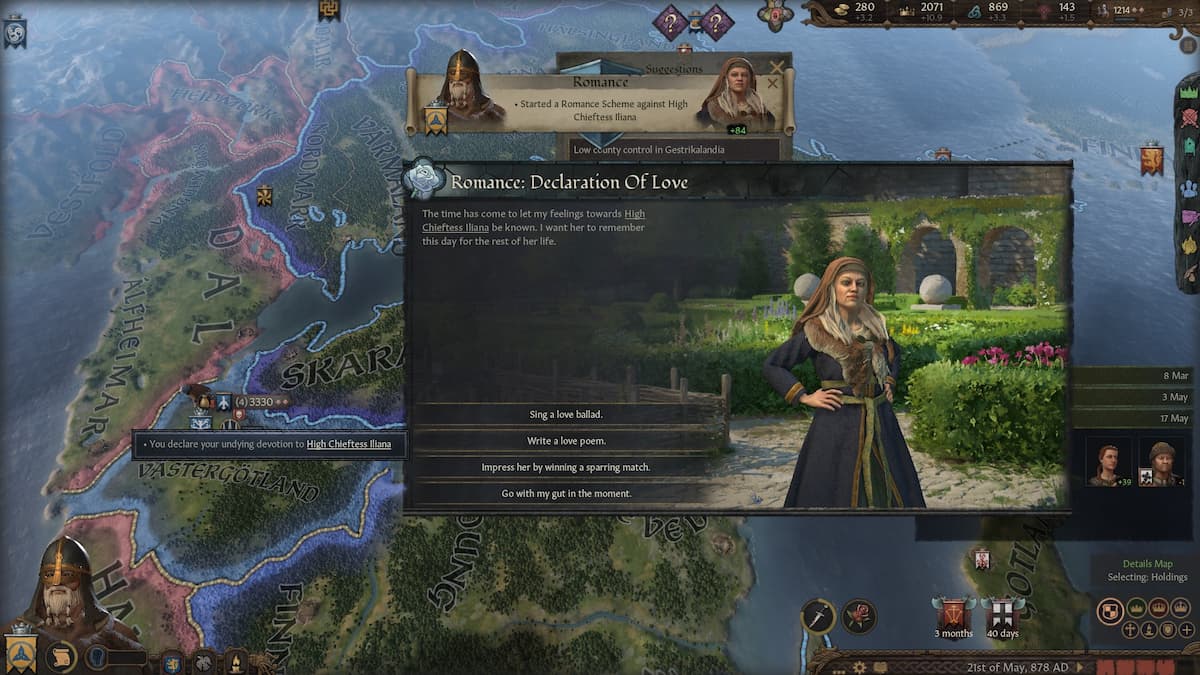 You can communicate and interact with various members of other empires, and your own vassals, in Crusader Kings III. The more you interact with them and attempt to spend time with them, the higher chance you have to gain their approval, or you can turn against them, taunting them into a fight you know they will not be able to win. Crusader Kings III is a diplomatic game, as much as it is a military one, forcing you to balance the two approaches on a coin. For those who want excel with other characters and sway them diplomatically, you’ll be able to send them poetry. The poetry you send another character can insult them, comfort them if they’ve experience a loss, or you even woo another character to attempt to seduce them.

Before you’re able to do any of this, you’ll need to gain the poet trait. You can do this through a random event, and because it’s a random event, we can’t offer the best way to acquire this. It’s likely going to happen during social events, or by interact with certain characters, or when you’re seducing another character you’re interested in marrying or becoming passionate with. Once you’ve gained the poet trait, then you can begin sending poetry.

There are two primary methods to send poetry to another character in Crusader Kings III. Much like gaining the poet trait, it can be a random event, a diplomacy challenge, where your character reaches out to an opposing, or potentially friendly, character within an empire. The recipient will respond to how they feel about the poem.

With the poet trait, you can send out your poetry a bit more freely. It’ll be similar to offering to educate a ruler’s child or starting a scheme against them. When you choose to send them a poem, you’ll pick the type of poem you want to give them. Depending on your relationship with that character, it might be a simple thank you and some small benefits. Other poems you send out may receive a reply, and a relationship could lower based on how the poem was received. If you’re the one receiving the poem, you might have a small prompt after reading it.

Poetry is another diplomatic tool in your arsenal. You’ll be able to use it throughout your time in Crusader Kings III, and how you use it is up to you.