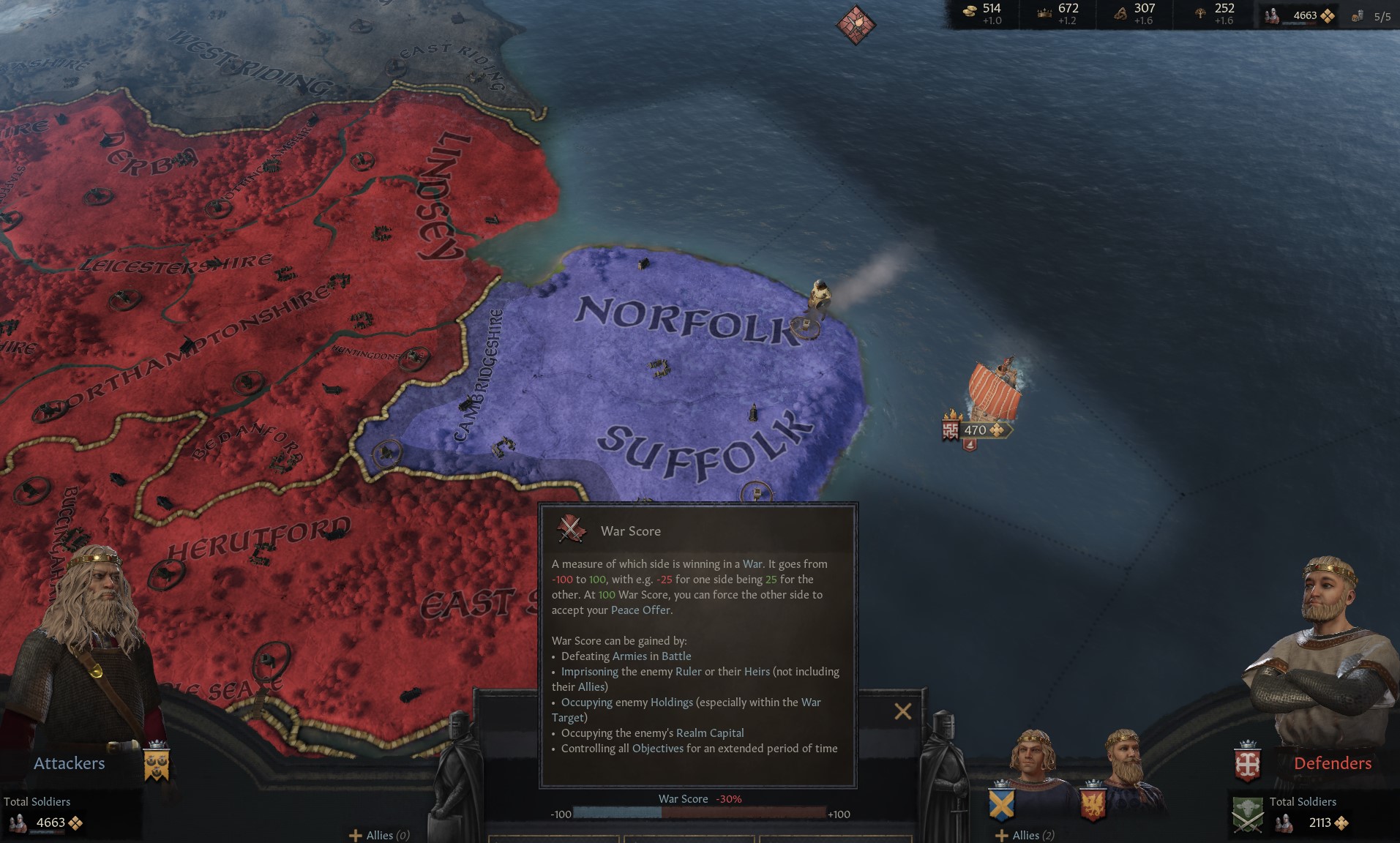 Combat and provinces have changed in Crusader Kings 3. When you view a province from high above, small locations can have settlements and holdings—these locations matter, especially when attacking. You need to place your army in the correct area inside a province to siege it and take it from an enemy properly. If you don’t, your army stands there, not doing anything constructive to increase the war score.

When attacking an enemy county, pause for a moment to zoom in to examine the territory. The individual holdings and settlements constructed in that province have buildings dedicated to them. To take over a province, seek out the fort or castle in the area. It should have an area that looks protected. Click on your army and direct them to that location on the map to start attacking it.

You know you have your troops attacking the correct location when you see the icon with three spears next to them, signifying they are besieging the fort. It can take them several months, depending on the army’s size and if they have any siege equipment to use. The more equipment and resources they have, the faster things will crumble. The fort could succumb to less supplies and disease, decreasing the time it takes to overtake it.

Your army could potentially break through the fort’s protective walls, giving them the chance to charge in. While it does shorten the siege, it increases your army’s losses.

Pick out the best path for your army to take when attacking an enemy’s provinces. These locations are prime targets for your raiders to gain the most currency and renown when conducting raids against enemy territories.