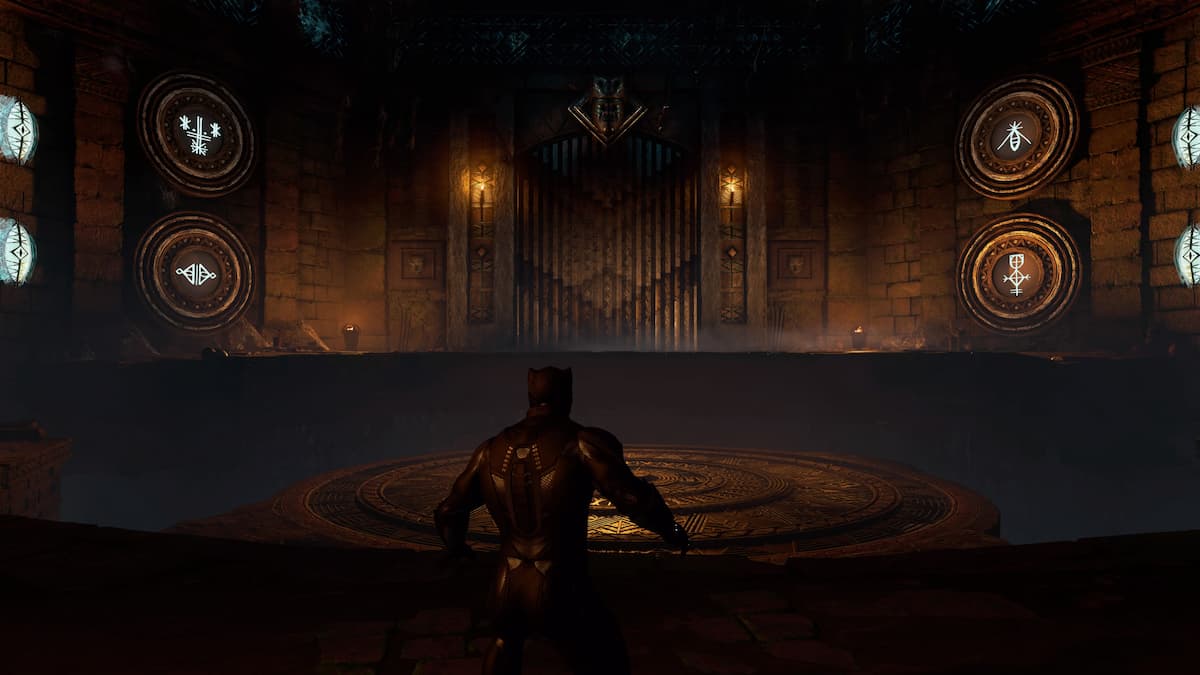 One of the interesting aspects of Marvel’s Avengers: War for Wakanda is how it blends storytelling with puzzle solving at some points. Like another earlier puzzle in the first campaign mission, The Tale of Panthers segment involves stepping on switches and looking at symbols. However, this puzzle also gives you a little bit of extra lore.

After defeating the crawlers in the arena, follow the waypoint to a door. Open it, and there will be four sections of the hallway ahead you can interact with. Note the order in which you go through them, as they all tell parts of a story behind the Black Panther mantle and the vibranium meteor that struck the country.

The panels that you stand on to activate these lore bites have symbols on them. Go through the hallway and look at each of these, starting from the right wall, then to the left, then right again, and then on the left side one last time. Pay attention to the symbols.

You’ll reach a circular area with a large door in front of it, and on each side are six discs, all with a different symbol. You will have to look for the four symbols from the Tale of Panthers and hit them with your vibranium daggers in the order you viewed them. If you hit an incorrect symbol or hit one in the wrong order, turrets will attack you.

After hitting all four symbols in the right order, a cutscene will play and you’ll move ahead to the capital city.